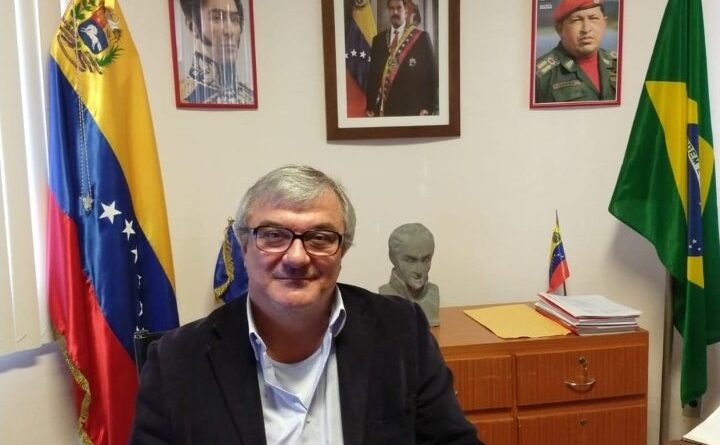 Venezuela’s Foreign Minister Jorge Arreaza announced Wednesday the death of the Venezuelan consul in the Brazilian city of Boa Vista, Faustino Torella Ambrosini, as a result of Covid-19, after the diplomat did not receive adequate medical care in Brazil.

Torella died in Santa Elena de Uairén, a Venezuelan city bordering Brazil, where he was transferred for his care and admitted to the Intensive Care Unit (ICU) on June 23. On that date of the consul’s transfer, Foreign Minister Arreaza stated that it was because “in Brazil they did not guarantee medical care or treatment” for Torella.

RELATED CONTENT: Joint Statement by the CP USA and the CP of Colombia Calling for Simón Trinidad’s Release from Prison

Likewise, President Nicolás Maduro said at the time that “we brought him from Boa Vista as an emergency, because there was no way to treat him in Brazil, he got infected with coronavirus and in Boa Vista all the hospitals, all the clinics are collapsing, people are dying on the streets.”

Torella was appointed as the consul of Caracas at Boa Vista in November 2018. Before that, he held other positions within the public administration in the South American country.