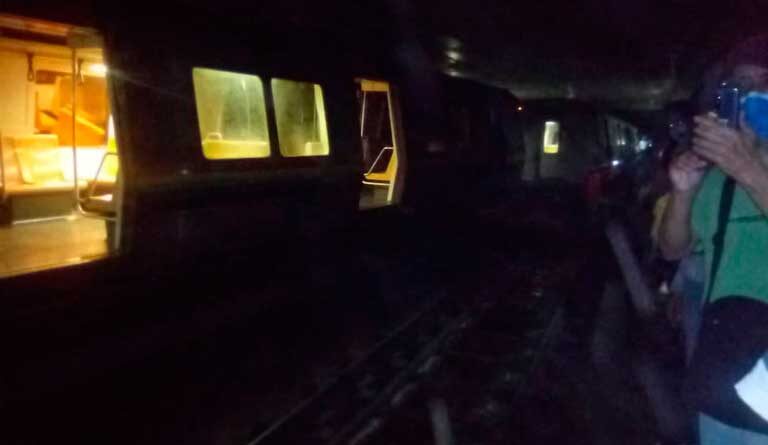 This Tuesday, January 19, after a train of the Caracas Metro system derailed between Los Jardines and El Valle stations of Line 3, passengers were evacuated through the tunnels of the railway, according to reports published by users of the Metro on the social networking site Twitter.

Until now there has been no official information regarding probable reasons behind the derailment and the disruption of service. It is only known that after the incident a contingency route was implemented between Coche and El Valle stations with Metrobús units and a temporary single road was opened with direction to Plaza Venezuela station.

No injury caused by the derailment has been reported. At present, Line 3 of the Caracas Metro is providing service between Plaza Venezuela and Los Jardines stations only. El Valle station is closed while Caracas Metro workers are at work to solve the problem.

Featured image: Wagons got detached from the train at the intersection of the El Valle-Los Jardines stations. Photo: @infopublicave