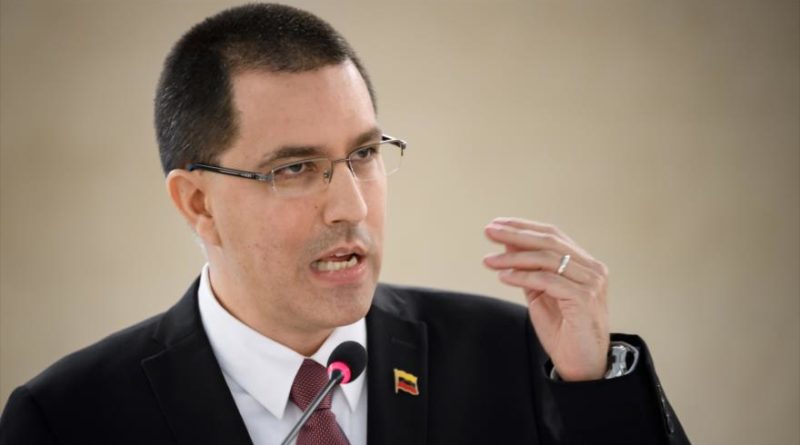 The Venezuelan Foreign Minister denounced the US for violating international law by chasing ships that carry Venezuelan oil and gasoline to the country.

Jorge Arreaza expressed on Thursday, via Twitter, that Venezuela will also take this new hostile treatment by the US government to the International Criminal Court (ICC).

“More evidence for the world that we will take to the International Criminal Court: in the midst of a pandemic, Washington is chasing the ships that carry our oil and those that bring gasoline. A flagrant violation of international law and the fundamental rights of Venezuelan women and men,” the top diplomat said.

The British Reuters news agency reported on Wednesday that a tanker carrying loaded fuel in an Iranian port set sail for Venezuela.

A high-ranking official of the government of the US President Donald Trump told Reuters on Thursday that Washington is considering taking measures in response to the alleged shipment of fuel from Iran to Venezuela.

The US official, speaking on condition of anonymity, affirmed that Washington has a “high degree of certainty” that Caracas is paying Iran with tons of gold.

It is worth mentioning that each country has the right to pay for its international trade as it pleases and that in the case of Venezuela, the US regime and its European lackeys have blocked and robbed billions of dollars from its bank accounts, preventing them from being used for international payments under the excuse of illegal US sanctions.

In reference to that report, Arreaza said that the US administration will violate the fundamental rights of the Venezuelan nation if it takes any punitive measures against Caracas.

The Iranian ambassador to Caracas, Hoyatolá Soltani, rejected on Sunday the “unfounded” accusations by the US. about the transfer of gold from Venezuela to Iran in exchange for fuel.

While the Persian diplomat highlighted the increase in the volume of trade between Iran and Venezuela, especially in the midst of the Covid-19 pandemic, he denied any shipment of fuel from Iran to the South American country.

The Iranian Foreign Ministry in turn has denied any accusation launched in this regard by the United States against Iran, warning that Washington seeks to undermine ties between Tehran and Caracas.

Iran and Venezuela, two main victims of US sanctions, have always collaborated to overcome US pressure. Several analysts and observers point out that the integration created in different areas between Venezuela and Iran is an example of resistance to the US imperial dictates.