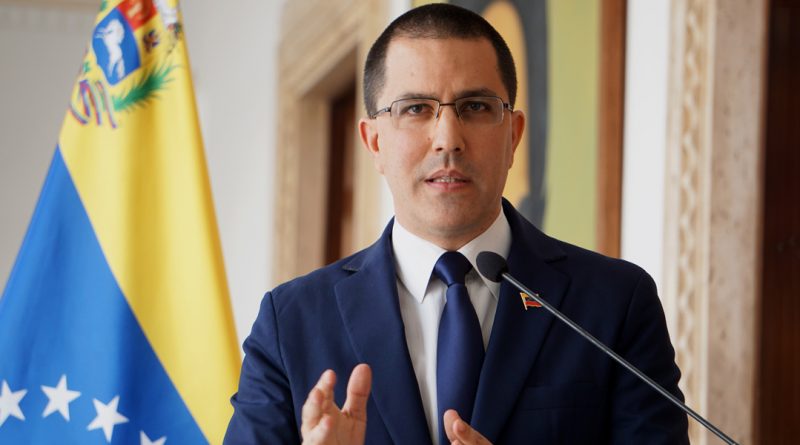 The only assault on Venezuelan democracy is the one executed by the supremacist regime of Donald Trump, said Tuesday the Foreign Minister of the Bolivarian Republic of Venezuela, Jorge Arreaza, by rejecting the most recent intervention by the National Security advisor of the United States, John Bolton.

The diplomat denounced, through his Twitter account @jaarreaza, the claims of the US administration to seize Venezuelan oil, because of which they have imposed a “criminal and inhuman” blockade of the Latin American country.

In early August, US President Donald Trump formalized the financial and commercial encirclement of Venezuela with an executive order that freezes all the assets of the Venezuelan Government in his country and prohibits transactions with the national Executive.

“All assets and interests owned by the Government of Venezuela that are in the United States […] are blocked and cannot be transferred, paid, exported, withdrawn or otherwise treated”, the decree states.

The security adviser of the White House on Tuesday referred to the latest decisions of the Supreme Court of Justice (TSJ) and the National Constituent Assembly (ANC) of Venezuela, which constitute the beginning of a judicial procedure to four deputies of the National Assembly, the Parliament of the country that remains in contempt before the Judiciary.

Legislators are charged with crimes of treason, conspiracy, instigation of insurrection, usurpation of functions and public instigation of disobedience, among other crimes.