Diosdado Cabello and a group of supporters at the Altamira bridge near La Carlota military base. Photos: Diario VEA.

This Saturday, April 30, three years after the People’s Victory Day against the failed coup, which took place on the same day in 2019, was commemorated. From the Altamira bridge, Diosdado Cabello, first vice president of the United Socialist Party of Venezuela (PSUV), pointed out that, “today we can shout to the world that traitors will never return to Venezuela again.”

During his speech, from the same place where the extreme right, led by former deputy Juan Guaidó and fugitive Leopoldo López, tried to carry out a coup against President Nicolás Maduro Moros, Cabello warned that “if today the Venezuelan opposition attempted another coup adventure, the response would be even faster and more forceful from our security agencies, our Bolivarian National Armed Forces (FANB) and our people. 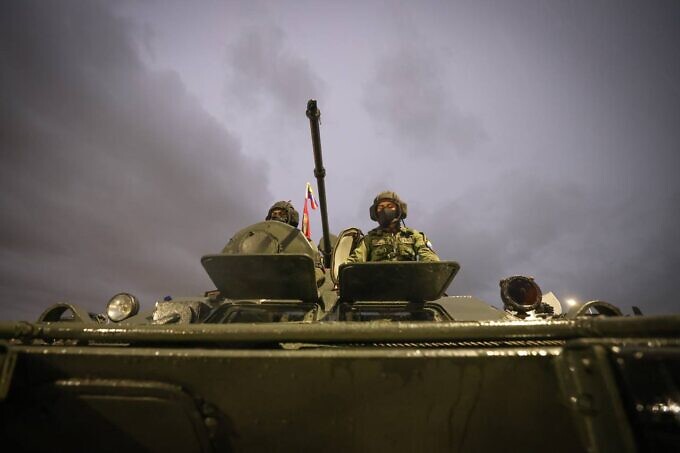 He recalled that that coup attempt called Operation Libertad, “was just pure paraphernalia, they adorned themselves and ended up walking from here (the Altamira bridge) to the Lido Center and from there to the Plaza Altamira; they ended up walking in circles like a dog going to lie down, which happens to the unprepared, to the traitors of the homeland, to those who do not love homeland, which is why every time they try, there will be a defeat for them and a victory for the Bolivarian Revolution.”

They were wrong again
For his part, deputy to the National Assembly (AN), Alexis Rodríguez Cabello, in his speech referring to April 30, 2019, stated that “they went there thinking that the people of Bolívar and Chávez were dumbasses, and they were wrong once again, because as soon as those people in uniform were aware of what was happening, they rose up to face the coup d’état in La Carlota.”

He added that while this was happening in Altamira, “the people without uniform went to the Miraflores Palace, hand in hand with comrade Diosdado Cabello, to defend democracy, the Bolivarian Revolution and our commander in chief Nicolás Maduro Moros.” 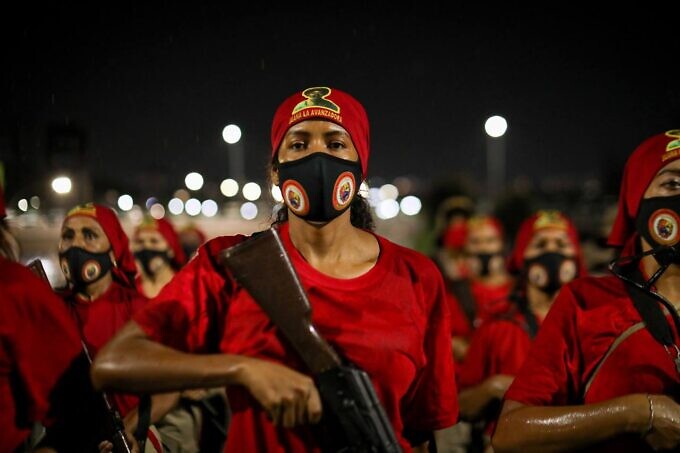 No more betrayals
Antonio Benavides Torres, also a deputy to the National Assembly, recommended to the Venezuelan right that “it is time for them to be convinced that this people and the Bolivarian National Armed Forces (FANB) are more united than ever, always ready to defend the homeland.”

Three years after the people’s victory over the failed coup of April 30, 2019, he said that, “we have a lot of history to tell, but cases of betrayal of the homeland and the Bolivarian Revolution continue to be repeated.”

He reiterated that “it is important that the people always keep in mind the Constitution of the Bolivarian Republic of Venezuela so as never to allow it to be betrayed.” 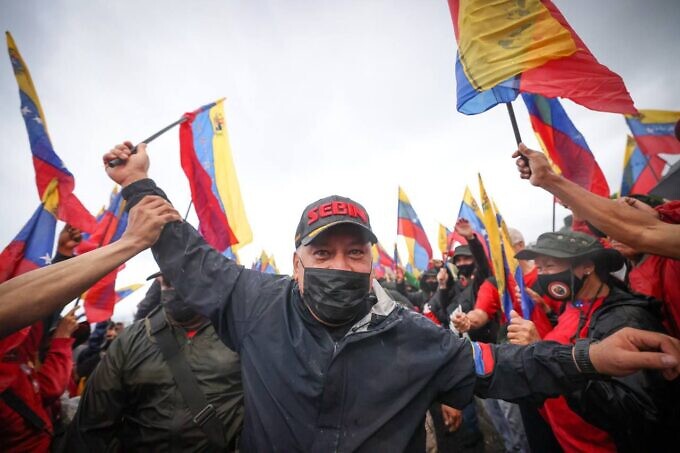 People and the FANB
Also in relation to the failure of the coup attempts of the year 2019, the Minister for Municipalities Jorge Arreaza, stressed on his social-media network that, “April 30 was the failure of a handful of traitors here, but above all a forceful defeat of the US empire. Long live the People of Bolívar!”

He also recalled that “today marks three years since imperialism and its lackeys promoted a military attempt in order to overthrow the Bolivarian Revolution, a conspiracy that was crushed by the people and the Bolivarian National Armed Forces in perfect civic-military union.”

We woke up in Altamira
Tania Díaz, vice president of agitation, propaganda and communication of the United Socialist Party of Venezuela (PSUV), also considered that three years ago, “one of the first to arrive around Miraflores Palace was late Professor Aristóbulo Istúriz, who was always a great example of loyalty and revolutionary courage, since he was in the front line of battle.”

Such consideration was published on her Twitter account, highlighting that the fascists “could not and will not return,” and three years after the attempted coup “we woke up at the Altamira Distributor together with members of the National Directorate of the PSUV, from the JPSUV and political teams from Caracas.” 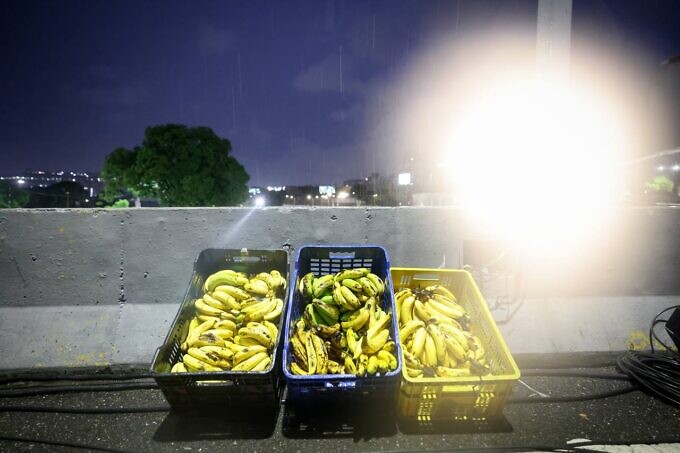 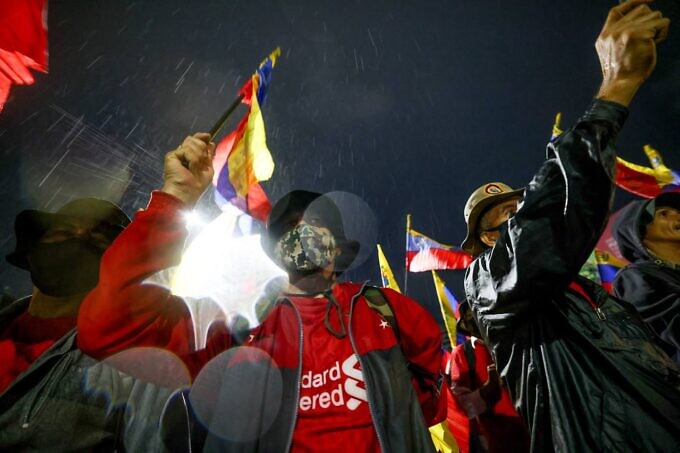 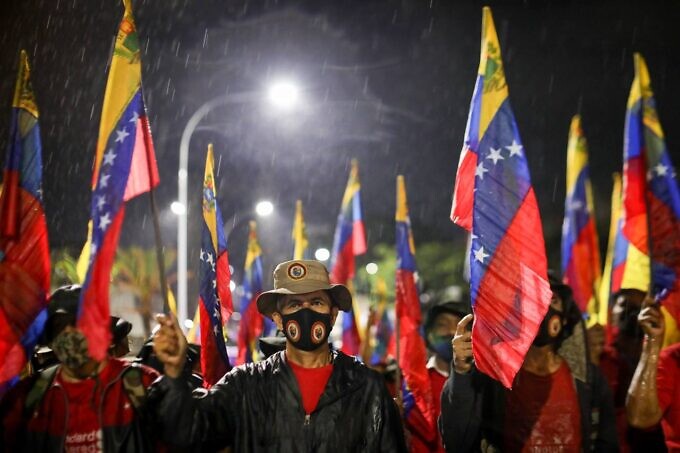 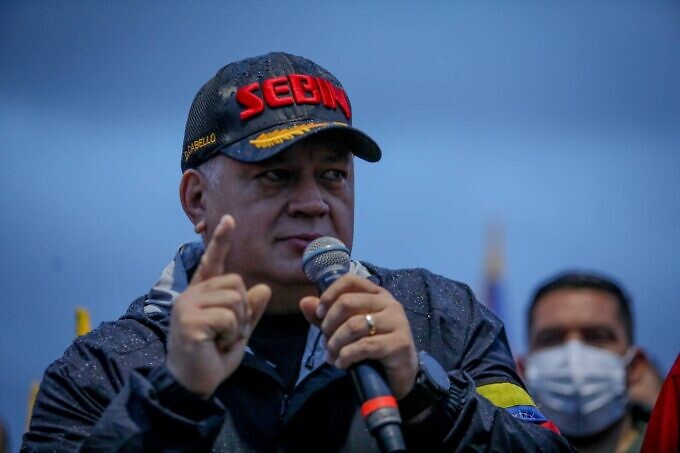 Featured image: Diosdado Cabello and a group of supporters at the Altamira bridge near La Carlota military base. Photos: Diario VEA.