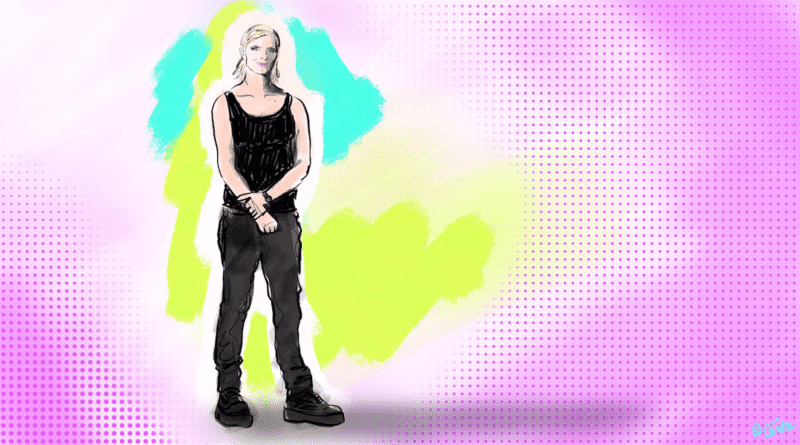 In the likely event that you need some news to give you a bit of faith in humanity today, you should know that supporters of whistleblower Chelsea Manning have raised over a quarter million dollars to pay the cruel, draconian fine that was heaped upon her for her principled stand against testifying at corrupt secret grand jury proceedings.

In just two days after Manning was released from prison, more than six thousand donors banded together to pay off the $258,000 fine assigned at a thousand dollars a day by a federal judge on top of imprisonment to coerce her to testify. Fundraising was so enthusiastic that it had overshot the goal and reached $267,002 before the GoFundMe was closed.

Those of us who support Manning have been looking at this more as a fine on us than on her, because of course we were never going to let a heroic whistleblower spend the rest of her life under crushing debt. The fact that the money came together so quickly and easily, though, says a lot about the beauty of humans in my opinion.

WE MET OUR GOAL! Thank you everyone we raised enough to cover @xychelsea's fines!! Seriously this was such a community effort and we are so grateful!

Now there’s a much humbler task of raising funds for Manning’s living expenses, which is a GoFundMe for a trust of $30,000. This fundraiser is just hours old and as of this writing it’s at $6,870, so we should have her set up with that in no time.

I am so in awe of all the wonderful people who’ve helped protect this legendary figure from the stress and financial burden that this vicious regime tried to heap upon her, both with their donations and with their efforts to draw attention to the fundraisers. In times like this it’s very comforting to see the higher nature of human beings prevailing over sociopathy and authoritarianism.

So there’s your money, you disgusting imperialist pigs. You brutalized a heroic whistleblower, you tortured her, you tried to snuff her out, and now you get to steal a quarter million dollars from her as well. Whatever. We don’t care. It’s done now. She’s free, and she’s under our protection now. Our higher nature prevailed, and now she doesn’t have to worry about any of that anymore.

Now you leave her alone. Forever.