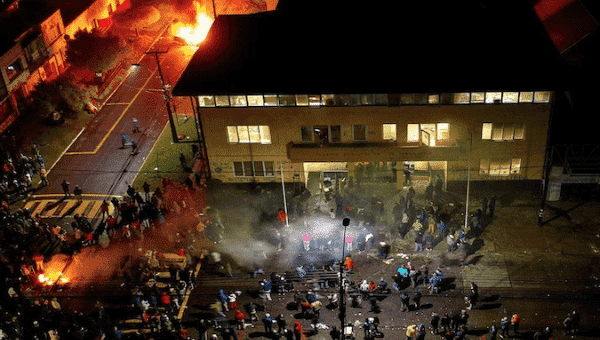 A group of civilians, in complicity with the Chilean police (carabineros) and right-wingers, on Saturday night attacked with bats and stones Mapuche community members who were on a hunger strike in front of the Municipality of Victoria, in Chile’s Araucania.

The Mapuches set out in front of the Municipality of Victoria, in Curacautin, last Monday to demand the release of Mapuches’ political prisoners.

“How many are raising their hands to join us tonight in the Plaza? Bring sticks and everything you need to defend yourselves,” Naveillan urged.

“There are people who celebrate this attack in Curacautin. The ultra-right wing acts like the U.S. white supremacists, ignoring the mestizo origin of the Chilean people,” Dragnic tweeted.

Dragnic also shared a video of the moment when civilians attacked the Mapuche community members and burned the wooden Mapuche statue Chemamull located in the Plaza de Victoria.

Officers from the militarized Carabineros Police did nothing to stop the armed civilians, not even when they set fire to a truck.

#Chile | "The government has not shown up here. We don't have anything."#SebastianPiñera #COVID19 pic.twitter.com/r6jMGzNxCc