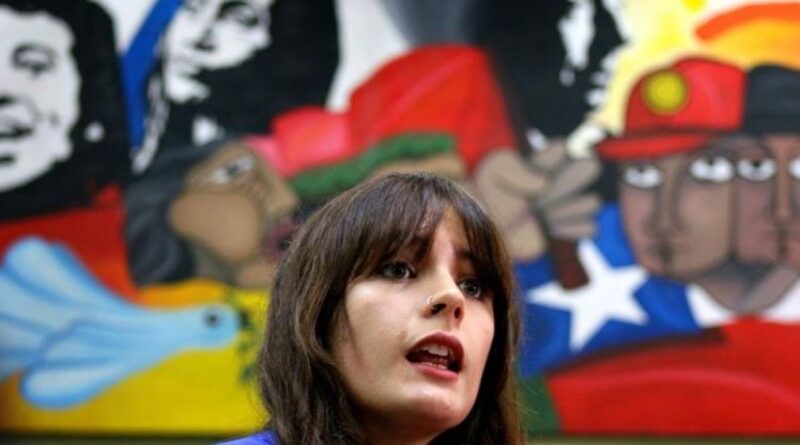 Last Thursday the Chilean famous communist Camila Vallejo posted a tweet criticizing Venezuela’s human rights record and taking for granted a very controversial and questionable report prepared by a so called “independent” UN fact finding mission. This position garnered her sever criticism among Chavistas all over Latin America and many assumed it was also the Chilean Communists Party position.

This Sunday — in a statement — the Chilean communist party made public its position about the report itself and many experts consider it was a way to distance itself from the opinion launched by Camila Vallejo on twitter: “I said it before and I insist on it: The UN reports on Venezuela are solid. Human rights violations are intolerable and cannot go unpunished in Venezuela or Chile. I hope that Venezuelans decide on their future without US military intervention.”

“Camila Vallejo seems to take as truth a very questionable report co-edited by her very own fellow Chilean Francisco Cox that worked as lawyer for questionable Chilean politicians and is an open admirer of dictator Augusto Pinochet. We of course can blame Vallejo for not checking the facts, the report itself and consulting with reliable Venezuelan sources that for sure will tell her (unless they are extremely right wing) that in Venezuela there is a high level of respect for human rights,” a political analyst said to Orinoco Tribune.

“But besides Vallejo’s responsibility, one has also to blame the lack of a proper international communication strategy from the Venezuelan government and also from some so-called communists or leftists outside and inside Venezuela, who sometimes use the right wing human rights narrative to attack Maduro’s government or to make denunciations that sometimes do not correspond with the truth.” he added. “In Venezuela as in many other countries, bad things happens in terms of human rights but the difference in Venezuela is that most of the time those responsible are put in front of the justice system, and high ranking government officials constantly discourage the use of force, even in war-like conditions that this country has suffered many times.”

Bellow some of the most relevant parts of the Chilean Communist Party statement: