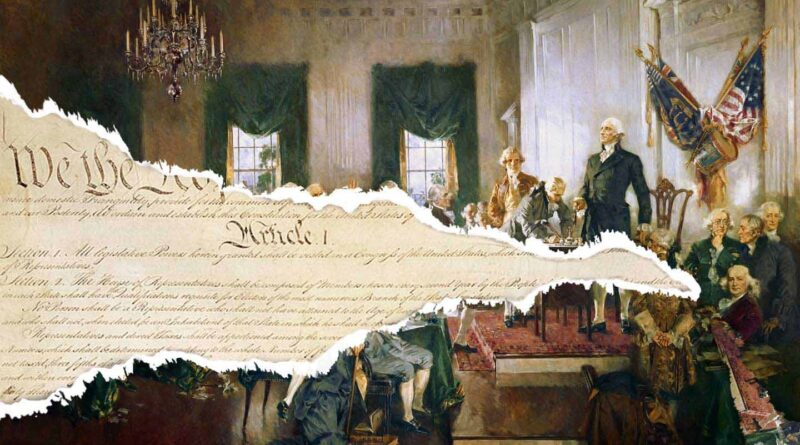 One of the main reasons so many people cite their intention to vote for Biden is because of the recent death of Supreme Court Justice Ruth Bader Ginsberg. Let’s assume this is a valid reason, I don’t necessarily agree that it is but for argument’s sake we will go with it. This reasoning exposes a much more deep rooted problem in the political system of the US, that is, its anti-popular nature. This political system is so fragile and so anti-popular that theoretically the death of just 1 judge out of 9 could spell disaster for millions of people who are shielded by court rulings in the field of labor law, civil rights, and anti-discrimination. The fate of so many people is put into the hands of an oligarchic court that is evidently immune to the popular will of the hundreds of millions who are affected by its rulings. This is a problem! There is no popular consultation in the area of law in this country and while so much is said over and over about courts in left countries being influenced by the executive or whatever, nothing is ever said about corporate influence over the courts or their oligarchic nature.

The documents that this country and many others are based on are hundreds of years old, however corporate statutes and the financial system are ever evolving to roll with the punches of a new world. When the US constitution was written, there was no way to assume that oligopolies like Apple, Microsoft, Boeing, and so many others would exist, thus leaving the political system effectively powerless in the face of the oligarchy. Or course it was ALWAYS supposed to be subservient to the oligarchy and the bourgeoisie, but as time goes on, more and more social and human rights are being stripped by the oligarchy, many times using the courts to do so.

The institution of the judicial branch in a liberal ¨democracy¨ is supposedly there to actually safeguard the rights of the people and to serve as a sort of check on the other two branches of government. So to say, the branch that is NOT elected and has no popular mandate exists solely to limit the power of the two branches which are designed to have a popular mandate (although in a liberal democracy, a POPULAR mandate is rarely ever achieved).

If for example in the United States, as many of us are praying for every day, a Hugo Chavez comes along and calls for any of the amazing things that happened in Venezuela under his administration, there is almost a certain chance that these proposals would be blocked by the Supreme Court. This US President version of Chavez could push for a people’s constitutional assembly to update the document which dictates governance in this country, universal healthcare, a peoples economy, and so much more, and this could be blocked by the whims of 5 Ivy League educated justices whom all have net worths several times as the average US family. Writers like Marcelo Koenig have written and theorized about courts acting as constitutionally guaranteed road blocks to any sort of popular or progressive legislation or action.

Argentina, An Attempt to Democratize Justice, a Lesson for the Future?

The summer of 2020 has been a new experience filled with new challenges for most of the world when considering the context of the global COVID19 pandemic. Something that is not new for Argentines however, is the recent push by the national government to ¨reform¨ the judicial branch. In 2013 a series of proposals was put forward by the Presidency of Cristina Fernandez de Kirchner, with the President of that time saying that there was ¨a divorce between society and justice.¨ She continued to say that ¨I promise to promote a process of democratization of Justice.”

“We demand of all the powers of the State the same conduct of decorum, independence, respect for the will of Parliament and popular will.¨ Imagine that, a judiciary which must respect the popular will, instead of a public which must respect the opinion of a handful of judges even though it affects their everyday lives! The series of proposals came to be proposed as the judicial system had made a series of questionable rulings, including the delaying of several years of an anti-monopoly law which sought to fight against concentration of media into too few hands. Never mind the fact that a judge had a vacation to Miami paid for by the largest media group in the country, Clarin. The President also went on to say that ¨For the invisible and the poor there are no precautions or unconstitutionalities. That is why a modification in the Justice is necessary, so that it not only exists for those who have lobby pressure, or who have the money to hire good teams of lawyers, but also for everyone.”

The reforms put forward for the democratization of justice included the online publication of rulings and arguments, an increase in the number of judges and courts, the popular vote of the council of the magistrate, the opening up of the justice system to other types of experts and scholars as opposed to solely those with a legal degree, and the publication of patrimonial declarations of judges. A good set of proposals to be sure, however almost all of these proposals were found unconstitutional by the same elitist court whose powers it tried to democratize. Now with Cristina as Vice President, and Alberto Fernandez as President, the national government is attempting a much more modest proposal which includes the increasing of judges and the merging and separation of certain courts. We will see how it goes, as dozens of people have protested the law saying that it will lead to impunity for the Vice President as she is currently being tried for what many call politically motivated corruption charges. Nevertheless, the 2013 justice democratization project was emblematic in its fate, who judges the judges? This exposes the ever more anti-popular state of the judicial branch in so called liberal ¨democracies¨. It was as if a murderer had been put on his own jury! But how else is it to be done? Liberal ¨democracy¨ does not have an answer to this question.

Amidst COVID-19, the people of the world are facing challenges they never thought would come to fruition, new obstacles that just a year ago seemed quite far fetched. As we look forward to the future, many things may never return to what we might call normal, as millions of people find themselves working and schooling from home. How paradoxical it is that in the face of this cataclysmic event, some of the things we have been doing a certain way is no longer practiced the same, yet hundreds of millions of people continue to be ruled by documents or courts which are hundreds of years old. Almost nothing that we did in a certain way in 1776, is still done the same way, except it seems for governance and the judiciary. Times have changed and the people demand popular power in the face of oligarchy in the 21st century. Democratizing justice would be a good way to start.