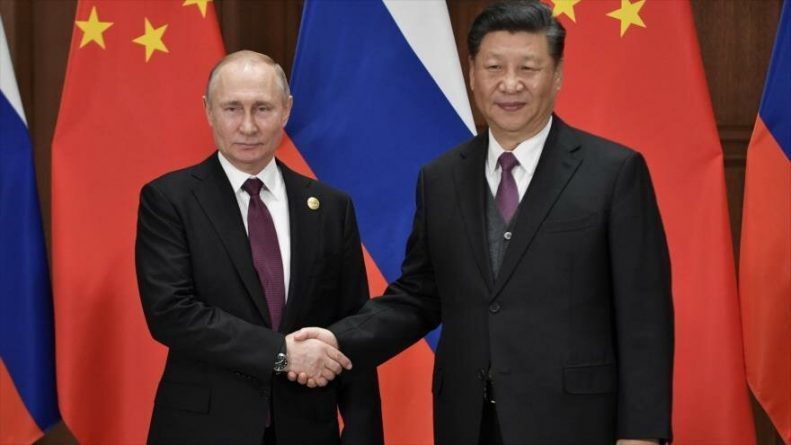 Chinese Vice Minister Zhang Hanhui says that Beijing and Moscow are interested in working together to support Venezuela in the face of foreign interventions.

“China is willing, together with Russia, to strengthen multilateral interaction and coordination on the Venezuelan issue,” said Chinese Vice Foreign Minister Zhang Hanhui at a press conference on Thursday, answering the question of whether the issue of Venezuela will be raised during the visit of Chinese President Xi Jinping to Russia at the beginning of next June.

A Venezuelan international analyst consulted by OT said that “it would be a great opportunity for President Maduro to join this summit and strengthen the strategic alliance with these very important Venezuelan partners and at the same time update them with the most recent developments in Venezuela”. “We the chavista Venezuelans know that we can count with China and Russia not only for economic relations but also for military cooperation”, he added.

Zhang stressed that China and Russia have close positions on Venezuela and that both countries maintain permanent contact with the situation in the South American country, and stressed that Beijing and Moscow are opposed to any “foreign intervention in the internal affairs” of Venezuelans.

RELATED CONTENT: Another 69 Tons of Medicines Arrive in Venezuela From China

The Chinese vice chancellor added that his country is also willing to protect, together with Russia, international justice, the principles of the Charter of the United Nations (UN), the sovereignty and independence of Venezuela, as well as maintain peace and stability in the region, helping Venezuelans recover the path of their normal development as soon as possible.

Russia and China have repeatedly ratified their support for Venezuela and have rejected the coup plan of the US, and several of its regional allies, to recognize the self-proclamation of Juan Guaidó as “president in charge” of the Bolivarian Republic and to exert economic pressures against the Caribbean country.

Both Moscow and Beijing say that Washington is openly seeking the overthrow of the democratically elected government of Venezuelan President Nicolás Maduro and have promised to “defend the interests” of the Venezuelan people.

On May 17, Venezuela received medicine and medical and surgical equipment from China, while sanctions against the South American country intensified.

On the other hand, Russia, at the beginning of this month of May, announced its intention to create in the UN a coalition of countries to “counteract” an eventual US invasion of Venezuela.