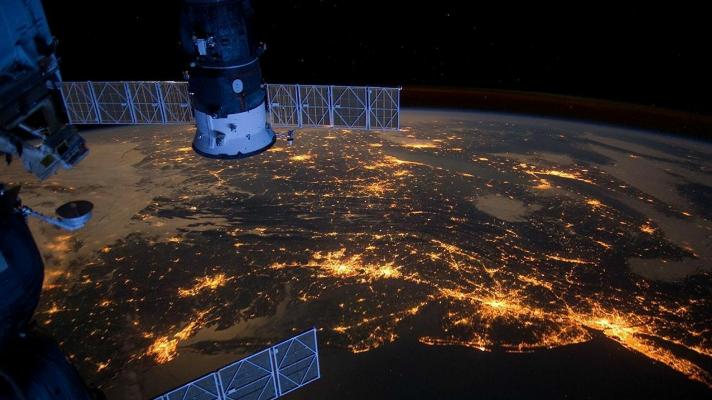 The Russian space agency Roscosmos said in a statement that its director signed a joint agreement with his counterpart at the National Space Administration of China to “promote cooperation in the creation of an International Lunar Research Station with open access to all interested countries and international partners.”

Roscosmos states that the project is aimed at “strengthening research cooperation and promoting the exploration and use of outer space for peaceful purposes in the interest of all mankind.”

The news website RT en Español reported that the two countries “will jointly develop a roadmap for the creation of the station.” The International Lunar Research Station will represent “a complex of experimental research facilities created on the surface and/or in the orbit of the Moon.”

The project does not exclude “the possibility of a long-term unmanned operation with the prospect of a human presence on the Moon.”

On the other hand, Sputnik quoted the New York Times interview with the Commander of the United States Space Force, General John Raymond:

“The threat we’re seeing today is very serious… Both China and Russia have numerous laser systems of varying strengths that can destroy or damage satellites or hamper our ability to operate them. Both pose potential for concern. They are today’s threats, we’re not talking about the future,” he said.

The United States is concerned about the strategic possibilities of Russia and China’s space operations.

“It seems that the very existence of Russia worries some US generals,” said Dmitri Peskov, Kremlin spokesman quoted by the Russian news agency. “This is a totally unfounded fear. Russia is a peaceful country, it is in favor of cooperation. We appreciate Russian-American cooperation in space.”

The spokesperson for the Russian Foreign Ministry, Maria Zakhrova, commented that with these statements Washington is attempting to justify its own plans to deploy weapons in space.