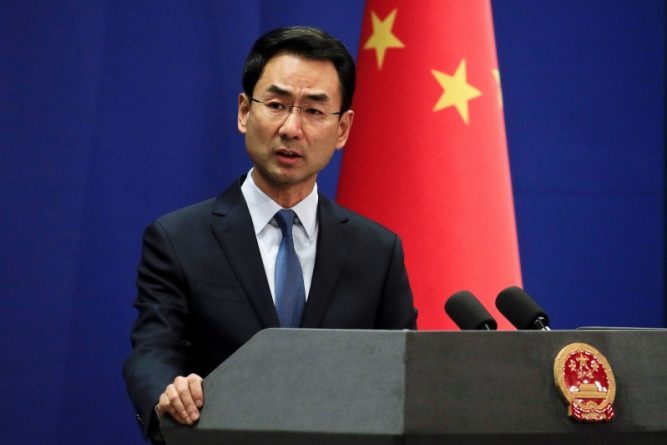 U.S. President Donald Trump wants to end the waivers to exert “maximum economic pressure” on Iran by cutting off its oil exports and reducing its main revenue source to zero.

China consistently opposes unilateral U.S. sanctions against Iran, the Chinese foreign ministry said on Monday amid reports that Washington is expected to announce that buyers of Iranian oil must halt imports soon or face sanctions.

Ministry spokesman Geng Shuang, speaking at a daily news briefing, said China’s bilateral cooperation with Iran was in accordance with the law.

China is a major importer of Iranian oil and was one of eight buyers who were granted a waiver by the United States to continue buying Iranian oil.

The Trump administration is expected to announce on Monday that they will be cancelling the waivers to countries that are still buying oil from Iran.

Officials in Asia opposed the expected move, pointing to tight market conditions and high fuel prices that were harming industry.

U.S. President Donald Trump wants to end the waivers to exert “maximum economic pressure” on Iran by cutting off its oil exports and reducing its main revenue source to zero.

In November, the U.S. reimposed sanctions on exports of Iranian oil after President Trump unilaterally pulled out of a 2015 nuclear accord between Iran and six world powers.

On Monday, Secretary of State Mike Pompeo will announce “that, as of May 2, the State Department will no longer grant sanctions waivers to any country that is currently importing Iranian crude or condensate,” the Washington Post’s columnist Josh Rogin said in his report, citing two State Department officials that he did not name.