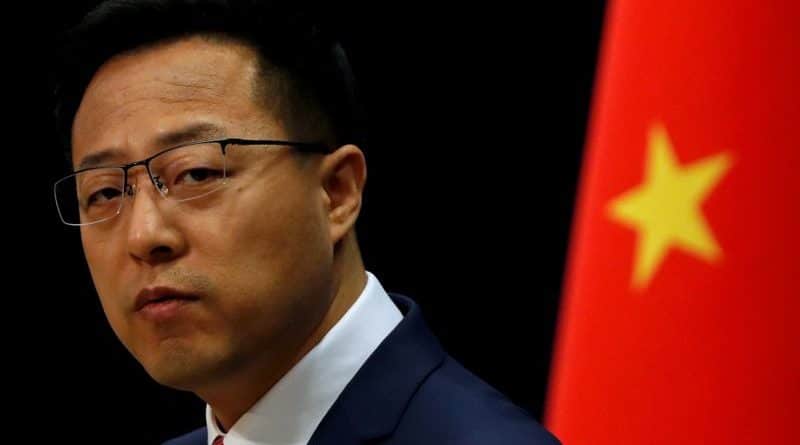 China’s Foreign Ministry said on Tuesday that China will take appropriate response if the U.S. does not stop targeting Chinese media organizations operating in the United States.

Ministry spokesperson Zhao Lijian made the remarks at a daily briefing after Washington said on Monday it will start treating four major Chinese media outlets as foreign embassies.

Secretary of State Mike Pompeo announced the new designations via Twitter on Monday afternoon, calling for “greater transparency” for Chinese state-run organizations in the U.S. The Trump administration has hammered China and the Chinese Communist Party (CCP) over its handling of the coronavirus outbreak which is believed to have originated in China’s Wuhan province.

The four Chinese media affected are China Central Television, the China News Service, the People’s Daily and the Global Times.

Zhao called the decision of targeting Chinese media outlet as “another naked U.S. political suppression of Chinese media,” which will seriously affect reporting of these media in the U.S.

“We strongly urge the United States to abandon the Cold War mentality and ideological prejudice, and immediately stop and correct this wrong practice that serves no one’s interest. Otherwise China will have to make the necessary legitimate response,” spokesman Zhao Lijian said.

Zhao said it also exposed U.S. hypocrisy in the so-called freedom of press and speech.