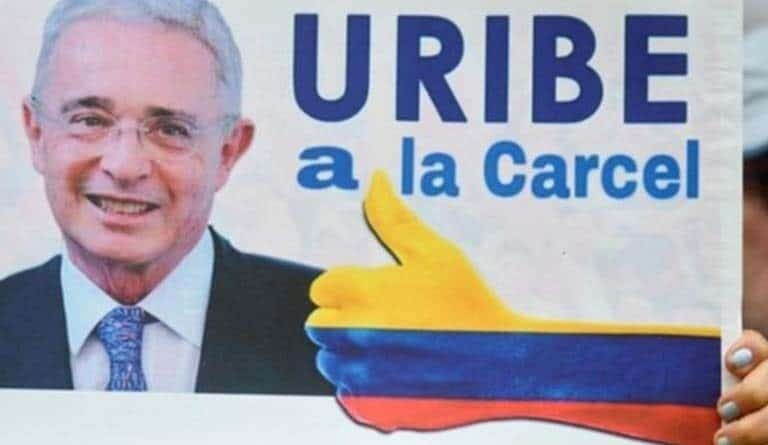 The Supreme Court of Justice of Colombia requires the Senate to suspend former President and Senator Álvaro Uribe from his position after his arrest for crimes of bribery.

The Senate of Colombia received the notification from the Supreme Court of Justice by mail on Wednesday on the security measure against Senator Uribe, for which it is expected that the “temporary vacancy” will be declared and he will be suspended from his position in the next few days.

“The legal situation was defined for Senator Álvaro Uribe Vélez with the imposition of a measure to ensure preventive detention, as the alleged determiner of the crimes of bribery of witnesses in criminal proceedings and procedural fraud,” said the Court’s Investigation Chamber in its letter sent to the Senate collected by the local newspaper El Tiempo.

In this sense, the body required the Senate to apply the law provided in these cases and carry out “the corresponding procedure” according to article 277 of the Fifth Law.

RELATED CONTENT: As the Crisis in Venezuela Intensifies, Brazil-Venezuela Tensions are on the Rise

According to the Fifth Law established by the Court, “the exercise of the function of congressman can be suspended by virtue of a final judicial decision” and the Ethics and Statute Commission will be in charge of pronouncing and communicating it to the Senate within a period of five days.

The highest court ordered Uribe’s house arrest on August 4, after determining that there are risks of obstructing justice in the case that follows, since 2018, for procedural fraud and bribery of witnesses, who allegedly received compensation in exchange for testimonies in favor of the controversial former president.

Uribe notified the public on Wednesday that his arrest became effective, and that he was registered with fingerprints as prisoner 1,087,985 of the Colombian prison system, by order of the Court.