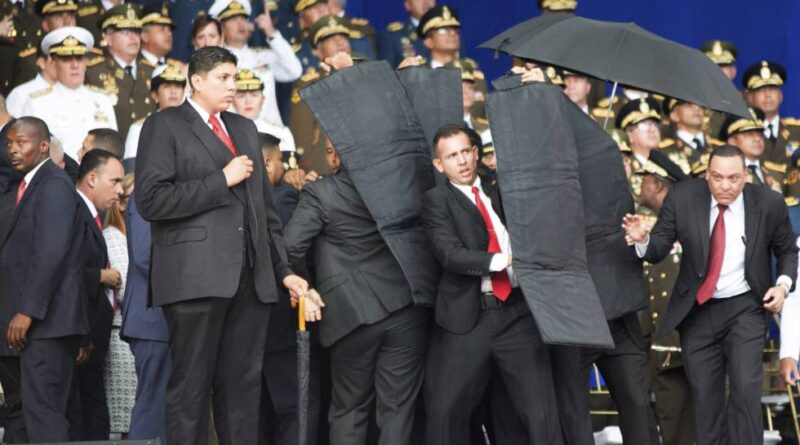 Jorge Rodríguez, head of the National Assembly of Venezuela, has presented evidence that links the Colombian mercenaries implicated in the recent murder of Jovenel Moïse in Haiti, with the 2018 assassination attempt on President Maduro.

Rodríguez reported that the security firm that had recruited the Colombian hitmen was also involved in a failed assassination attempt on the president of Venezuela, Nicolás Maduro, that occurred on August 4, 2018.

On that occasion, Maduro had accused his Colombian counterpart, then President Juan Manuel Santos, of being behind the failed assassination attempt.

Jorge Rodríguez referred to a report published on July 11 by the American newspaper Miami Herald to assert that the Colombians implicated in the murder of Haitian President Moïse, hired by the security firm CTU Security LLC, based in Miami , Florida, were also involved in the attack against the Venezuelan president.

”We have information that the security company, CTU Security LLC, directed by Antonio Intriago, was involved in the attempted assassination of Nicolás Maduro on August 4, 2018,” Rodríguez said at a press conference on Tuesday, July 13.

He added that Venezuelan opposition member Antonio “Tony” Emmanuel Intriago Valera, owner of the aforementioned company, has ties with the president of Colombia, Iván Duque, with whom he participated in the organization of the concert, Venezuela Aid Live, in 2019 in Cúcuta, Colombia, close to the border with Venezuela.

The Venezuelan parliamentarian emphasized that Duque has become ”a real threat” to peace in the region, and added that Colombian paramilitarism is like the School of the Americas of yore or the companies in the United States that hire hitmen to carry out assassinations in Iraq, Afghanistan, Venezuela and now Haiti.

Rodríguez also revealed a plan of drone attack on the bicentenary ceremony of the Battle of Carabobo on June 24. This plot, which armed groups tried to carry out with four drones, was frustrated by Venezuelan security forces. It was then that the Duque government decided on orchestrating an operation with paramilitaries in the southwest of Caracas, added Rodríguez.

Relations between Colombia and Venezuela have deteriorated considerably in recent years. Bogotá backed the US decision to recognize the former leader of the Venezuelan opposition, Juan Guaidó, when he proclaimed himself the ”interim president” of Venezuela in January 2019.

Caracas has accused Bogotá of training ”mercenaries and terrorists” who enter illegally into Venezuela and cause riots with the intent of bringing about the end of the Chavista government. It is in this context that on Sunday, July 11, President Maduro ordered the Venezuelan Army to maintain a ”zero tolerance” policy towards armed groups entering Venezuela from Colombia.