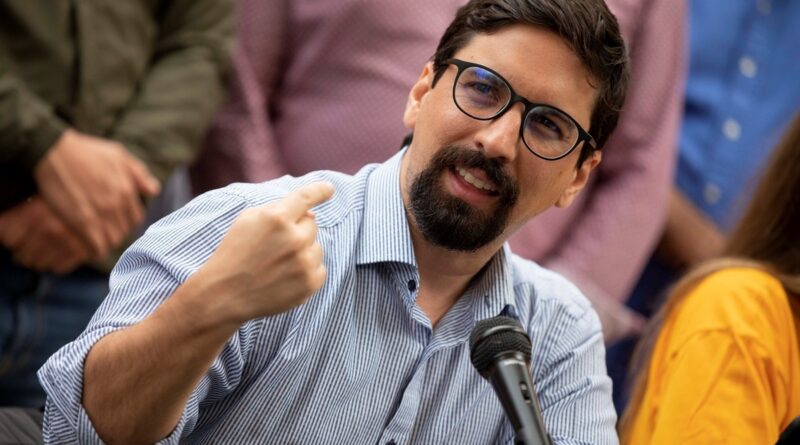 This Monday, July 12, a sector of the Venezuelan right-wing leadership denounced the alleged persecution by the Bolivarian government of Juan Guaidó and Freddy Guevara. However, the performance ended quickly—in less than an hour—after the truth of the events in question was revealed.

Fabiana Rosales, Guaidó’s wife, had posted on her Twitter account that the authorities were “detaining deputy Freddy Guevara.” From Guevara’s account, a post apparently confirmed that “the Maduro dictatorship intended to arrest the deputy Freddy Guevara on the Francisco Fajardo highway.”

In their headlines, national and international media immediately repeated the claims that the former deputy Guevara was “kidnapped” by the government and that his whereabouts were unknown.

In recent days, the opposition leader Guevara had said that although at first the goal of the right was to remove the President of the Republic, Nicolás Maduro, from power, it was not possible to negotiate for what you wanted, but only for what you were able. For this reason, said Guevara, he would be going to the negotiating table with the Venezuelan Executive.

Guevara’s background
Guevara actively participated in the violent protests in 2017, known as guarimbas, to destabilize the country and try to overthrow the government.

As a “great hero” of the opposition, he could not be left without the “decoration” of being politically persecuted, which is why he decided to flee to the Chilean embassy, where he remained until accepting the pardon issued by President Nicolás Maduro himself on August 31.

Public Ministry confirms Guevara’s arrest
On Monday evening, Venezuela’s Attorney General posted a statement by the Public Ministry announcing the detention of Guevara under the charges of terrorism, actions against the constitutional order, and treason.

Some analysts believe the arrest might be connected to a statement made by President Maduro during a televised meeting with opposition politicians, in which he reported on the neutralization of a drone assassination attempt planned to occur during the ceremony commemorating the Bicentennial of the Battle of Carabobo last June 24, and during the recent celebration of Venezuela’s independence last July 5.

Would they also arrest Guaidó?
Earlier today, Fabiana Rosales also asserted that several officials of the Special Action Forces (FAES) of the Bolivarian National Police (PNB) were in the basement of her residence “surrounding the truck” that Guaidó was inside.

Some media rushed to speak of an “imminent arrest,” and took the opportunity to add to the confusion.

There is still no statement from security agencies regarding Guaidó, although there is ample evidence indicating that he committed various crimes against the country.