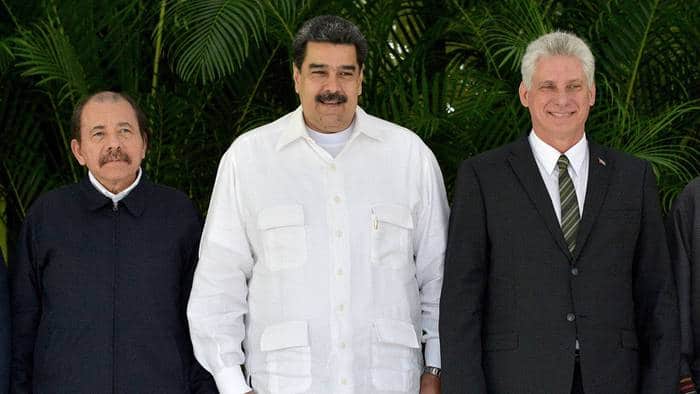 The first secretary of the Communist Party of Cuba, Raúl Castro, and President Miguel Díaz-Canel, congratulated Venezuelan President Nicolás Maduro on Monday for the Chavista victory in the parliamentary elections, reported Prensa Latina.

In a letter addressed to the Bolivarian leader, the top Cuban leaders greeted the Great Patriotic Pole (GPP), the United Socialist Party of Venezuela (PSUV), and the revolutionary people of Venezuela, and congratulated the GPP for their triumph in the elections on behalf of the Cuban people, the Party and the government of the island,

In a text, the Cuban leadership pointed out that once again, the Homeland of Bolívar and Chávez, under Maduro’s accurate leadership, displayed their democratic and participatory sentiment in the face of the onslaught of imperialism, and they sent their fraternal embrace.

With the Bolivarian victory this Sunday, the revolutionary forces led by the PSUV are guaranteed a parliamentary majority as of January 5, when the new Assembly is installed.

Similarly, the Government of Nicaragua greeted Venezuelan President Nicolás Maduro for the triumph of the United Socialist Party of Venezuela in Sunday’s parliamentary elections.

The message from Nicaragua’s leadership praised the electoral process for triumphing against all the forms of aggression launched by the enemies of humanity against the revolutions of Nicaragua and Venezuela.

The greeting expressed growing affection and deep admiration for “the momentous victory of the Great Patriotic Pole, the PSUV, the Bolivarian Government of Venezuela and its president, our brother Nicolás Maduro,” reported Prensa Latina.