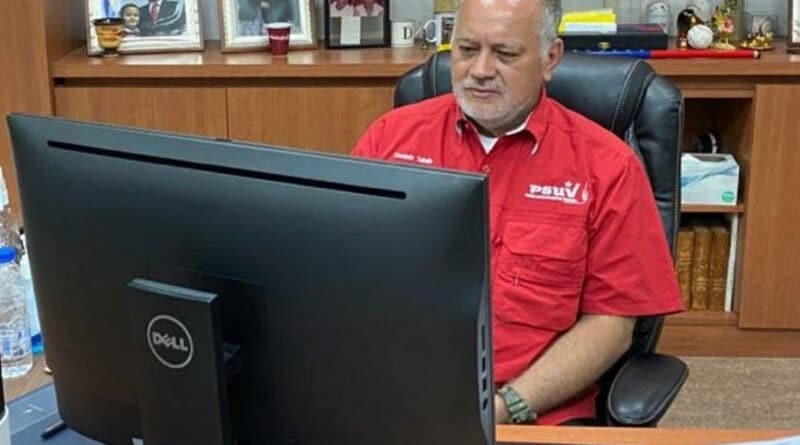 The first vice president of the United Socialist Party of Venezuela, Diosdado Cabello, announced this Monday during a public videoconference of the National Directorate of the PSUV, JPSUV and Governors, that the program Con el Mazo Dando will return to the screens of Venezuela in about 15 days.

“In about 15 days we can be on the air. It will be a program that may not last 4 or 5 hours, but I understand it has been missed, I want to return part of the affection that I have received from the people,” said Cabello during the video conference broadcasted by Venezolana de Televisión.

The revolutionary leader said that the program has become “the patrimony of Chavismo.” “A good time to return to the program, because we are three months away from the parliamentary elections and we will resume direct contact with the people,” said the first vice president of the PSUV.

He clarified that, although the respiratory disease of Covid-19 affected his health, today he “is in high spirits” to continue exercising his roll as president of the National Constituent Assembly and vice president of the red banner.

“We almost have the candidacies for the 276 main deputies and the 276 substitutes. It is 90% done, ” said the socialist leader.

He explained that they took in consideration the proposals from leaders of the working class, youth, older adults, people with some type of disability, businessmen and others. “A diverse leadership,” he said, while indicating that the agreements with the Gran Polo Patriótico Simón Bolívar (GPP) have advanced 95%.

“With the GPP, with the political forces seen as a whole, not just the parties, that’s all of us,” he stressed. In addition, he added that the registration phase for candidacies is running and on “any of these days we will make the announcement.”