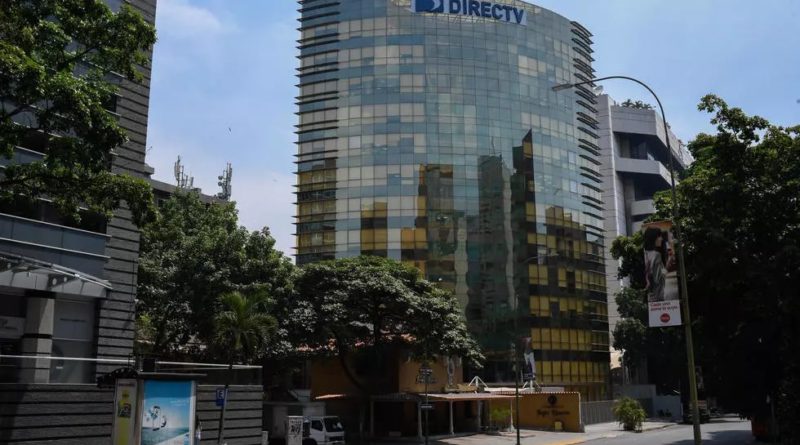 The official twitter account of DirecTV Venezuela, announced on Tuesday “DirecTV Latin America closure of operations in Venezuela effective immediately”, an announcement made by the US company AT&T. The statement says that “the sanctions of the United States government in Venezuela” caused a discrepancy between the US and Venezuelan laws, which AT&T decided to resolve by closing its operations in Venezuela because, in their opinion, there is an “impossibility” of “complying with the legal requirements of both countries.” The statement says that the “leadership team in the United States” made the decision “without any involvement or prior knowledge of DirecTV in Venezuela.”

According to the statement, the “sanctions” of the US government prevent DirecTV from transmitting the signals of the Globovisión and Pdvsa TV channels, since they are companies “sanctioned” by the government of that country. According to some analysts, this clashes with existing laws in Venezuela, which require that national channels, such as Globovisión, be broadcasted on a mandatory basis by cable operators. This supposed discrepancy between the laws of the United States and Venezuela, according to these analysts, are the reason why AT&T would have decided that DirecTV cease its operations in Venezuela.

The statement indicates that AT&T in the United States made the decision “without any prior participation or knowledge of DirecTV in Venezuela,” which seems to confirm that DirecTV Venezuela did not contact Conatel or Venezuelan courts to deal with the legal conflict. If this is true, it attracts a lot of attention, since the company has almost 2 million subscribers in Venezuela (45 percent of the market) and assets valued at $ 1.1 billion, highlighting its satellite transmission center for all of Latin America.

The decision has not yet affected all users of the subscription television company equally.

On January 8, 2019, the Office of Foreign Assets Control ( OFAC ) of the US Treasury Department included the private channel Globovisión in a group of 23 Venezuelan companies sanctioned for “corruption.”

That same day, OFAC issued license number 6 for Globovisión to continue operating for one year, and then, on January 7, 2020, it issued a new 6A license for two more weeks, according to “La Tabla”. “On January 7 of this year, Guaidó’s ‘ambassador’ in Washington, Carlos Vecchio, referred to the ‘sanction’ and confirmed that the ‘traitorous’ television station would leave the DirecTV grid. Obviously, the deadline for executing the sanction was pending,” recalled La Tabla, quoting Vecchio’s tweet.

According to La Tabla, on January 21, 2020, Globovisión must have aired on DirecTV, but tweet reports during the months of February and March indicate that the channel was active all that time. There was significant pressure from some tweeters for the channel to be removed from DirecTV’s grid.

A part of the Venezuelan extremist opposition considers Globovisión “a treacherous channel”, because, although it continues to be of an opposition tendency, it did not keep its extremist belligerent editorial line that characterized it from 2001 until almost 2010, during which time they regularly made calls to overthrow then-President Hugo Chávez. Many of its ex-anchors, such as Carla Angola, Alberto Federico Ravell, Nitu Pérez Osuna or Leopoldo Castillo, today live outside Venezuela and are the main promoters of a military intervention against the country, and honorary members of what Mike Pompeo calls “free press”.

Meetings since December in the United States to pressure DirecTV
On January 17 of this year, the AP journalist Joshua Goodman, well connected to the “free press” and the US Department of State”, published the article “Hard trade-off of DirectTV and AT&T in Venezuela” in which he reveals that last December, State Department officials met in Washington with AT&T executives “and exhorted them to help curb Maduro’s propaganda machine, according to five people familiar with the matter,” in response to the Venezuelan President’s decision to order the suspension of broadcasts of the CNN in Spanish and BBC in Spanish.

“The meeting came after several months of contacts between AT&T and the Venezuelan opposition, according to the five individuals,” AT&T said at the time. “Under a plan promoted in coordination with the US government, DirectTV, the largest television operator in Venezuela, will reincorporate a half-dozen international news channels into its programming that Venezuelan regulators have banned in recent years, according to sources.”

RLATED CONTENT: Guaido’s Strategist (Juan Rendon) Received 300 Million from DEA to Pay the Mercenaries But Only Paid Out 50 Thousand

“La Tabla” indicates that this would be part of a plan and a “provocation” to compel the “regime” to act against the satellite TV operator.

According to the AP report, the US Secretary of State, Mike Pompeo, “was informed of these efforts and provided initial support for plans to recruit DirecTV to help undermine the Maduro government, according to two informants familiar with those conversations.” The piece states that “various options are being considered to put pressure on Maduro.”

It is important to remember that CNN en Español was sanctioned by Conatel in February 2017, when they launched a program called ‘Passports in the shade’, in which they accused Venezuela of being behind an alleged network of passport sales to terrorists, with the intention to cause an attack in the United States. Conatel claimed that the program instigated hatred against Venezuelans, and sought to justify a foreign military intervention against Venezuela.

Other channels, such as NTN24, were taken off the air in 2017, during the ‘guarimbas’ or violent opposition protests, which left more than 100 dead across the country. These channels were accused of instigating hatred and promoting violent protests.

The AP noted in January that “AT&T has a difficult decision ahead: abide by what the Maduro government says, which the United States no longer recognizes and imposed severe sanctions on, or bow to the opposition plan and expose itself to confiscation of its facilities and the loss of their license, leaving about 700 people without work.”

Censor channels of the Venezuelan state?
US officials and the opposition pressured DirectTV for “being used to spread Maduro’s programming criticizing his political rivals, who have no way of responding,” according to the AP note, issuing criticism against television channels of the Venezuelan state, such as Telesur or Venezolana de Televisión. According to the AP piece, the opposition also criticized the private network Globovisión, pointing out they “spreading false information.” It is noteworthy that Globovisión has a mainly opposition editorial line, with journalists such as Vladimir Villegas, Kico Bautista or Eleazar Figallo, who are openly critical of the Venezuelan government. It’s very important to highlight at this point the active participation of AP and Joshua Goodman as a media mouthpiece for US aggression against Venezuela.

The point is that, at the time of writing this report, many DirecTV subscribers are still watching channels from their commercial grill, but channels like Telesur or VTV, or the Russian television station RT itself, are off the air. It is not known whether it will be temporary or permanent. Therefore, it is not known whether the Venezuelan people will continue to receive international channels but not Venezuelan, or whether they will simply no longer receive any channel.

Millions of people in the Venezuelan neighborhoods and popular sectors have contracted DirecTV as their subscription television service because, in those sectors, there is no presence of cable companies that used to be cheaper. Other satellite television systems, such as Movistar TV, are more expensive than DirecTV. The Cantv Satelital service, offered by the Venezuelan State, stopped working in early March due to a serious failure of the Simón Bolívar satellite, which caused its definitive cessation of operation.

Therefore, in the event that DirecTV continues to operate but without national channels, many of its users who want to see the signal from VTV, Telesur or commercial channels, will have to disconnect their decoder and “switch” to the traditional antenna to watch the State channel signal, and then reconnect the decoder when they want to watch DirecTV channels again. Many will not do it because of how laborious the matter can be, turning this into a new form of US censorship or in their own terms “free press” at its best.

It is also striking that, according to AP, DirecTV “does not need to have a physical presence in Venezuela to transmit to that nation. It could do it from transmission centers in Argentina, Brazil or California, according to those documents.” This Tuesday the rumor has spread that DirecTV Colombia will continue to serve Venezuelan users, but this information could not be confirmed or denied.

According to technology expert Fran Monroy, DirecTV has a satellite center in Caracas from which they broadcast to all DirecTV Panamericana. “One of the things they are discussing right now is what is going to happen to the transmission center,” he said.

“It is false that by restarting the deco I will catch the Colombian signal. They do not have a transmission center like Venezuela does,” Monroy said in an audio report that was reviewed by various news websites.

It’s not the first time
It was 2002, when Venezuelan business oligarchy, conspiring with managers of the state oil company PDVSA, attempted an oil blackout to try to oust then President Hugo Chávez and force his resignation. The lockdown began on December 2, and had the full support of the private media at the time, in particular with the four national television channels: RCTV, Venevisión, Televen and Globovisión. We are talking about national, general-purpose channels, those that broadcast movies, soap operas, sports, beauty pageants, and endless entertainment programming, which combined their strength to promote and incite the coup plot.

In a country where – at that time – the vast majority of the population did not have cable television, the action taken by these channels was to completely suspend all their entertainment programming: soap operas, movies, contests and, in particular baseball, the Venezuelan national sport, which practically paralyzed the country between October and February (the regular season). Even ads were suspended at the time.

They replaced it with almost 24 hours a day of news, interviews and press conferences of opposition leaders, calls to march, coverage of marches, protests, attacks, malicious accusations against Chavismo -which was presented daily in a very negative way. All this very negatively affected the psyches of many Venezuelans during the 62 days that this strike lasted.

Attempts to eliminate entertainment as a way of affecting the psyche of a population seems to be part of the manual of low intensity wars and one of the pressure mechanisms that empires use to subdue a country, and force them to surrender to comply with their plans.

In 2002 and 2003, the empire and its followers failed. Silently, the media that participated in the strike began to broadcast movies and soap operas in early February 2003, with advertising guidelines and all. The political leaders who daily urged people to protest, quietly disappeared. No one lifted the strike. No one was held responsible for the damage to the country, nor to the psyche of the Venezuelan people.

It remains to be seen whether the Venezuelan people will once again emerge victorious in the face of this new accumulation of threats, which, in the opinion of the person writing this report, will most likely happen.

And, if so, it remains to be seen whether, silently, one day DirecTV will simply return to the country silently, to try to win over the Venezuelan people again, just as Venevisión did at the time, Globovisión, RCTV and Televen did.