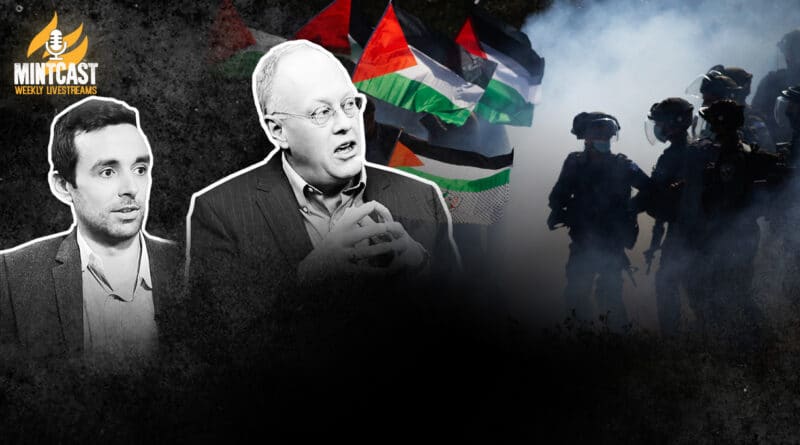 Images from the Israeli onslaught against Palestine have dominated both news broadcasts and social media as the world expresses its outrage over the bombing of civilian targets.

While the latest violence was triggered by an Israeli attack on the al-Aqsa Mosque, the conflict’s roots go back at least to the state’s creation in 1948, when Israeli forces ethnically cleansed nearly 800,000 Palestinians from their homeland, razing 500 towns and villages in order to make way for the construction of a Jewish state on top of an existing one. Year-on-year, Israel has progressively annexed more Palestinian land, leaving the indigenous population trapped in increasingly small pockets, often without the ability to leave.

Much of the strongest support for the creation of Israel comes from the Evangelical Christian community in the West, who see the construction of a Jewish state in the Holy Land as the fulfillment of an ancient Biblical prophecy bringing the world one step closer to the end times where the righteous will ascend to heaven, and non-believers (including Jews) will be cast into hell.

RELATED CONTENT: ‘The Hamas’ Are Coming: A View of the Violence from Inside Israel

Today, Christian Zionism is a much larger force worldwide than Jewish Zionism, and with liberals increasingly turning their backs on Israel, Prime Minister Benjamin Netanyahu is directly appealing to that community to shore up support for his country.

It’s not Israel’s rockets that are killing the people in Gaza, it is the terrorists who are killing their own people because they don’t know how to fire these rockets. So the fake news will certainly not tell you that.”

For years, the religious right has been undermining faith in domestic media and building information systems of their own to create tightly controlled echo chambers across the United States. Likewise, Israel is prosecuting a campaign against journalists, albeit with far more deadly consequences. On Saturday, it destroyed the headquarters of Al-Jazeera and the Associated Press. Last night, The Times of Gaza confirmed that its reporter Yousif Abu Hussein had been killed in an Israeli airstrike on his house. Meanwhile, the Israeli government is blocking foreign journalists from entering Gaza to document the atrocities.

Yet even as Israel attacks the press, those very same outlets run cover for the Jewish state, sanitizing Israeli attacks on peaceful protestors as “clashes,” or both sidesing the conflict and presenting Hamas as aggressors and Israel as merely “responding” to provocations.

Here today to talk about the conflict and its origins are Chris Hedges and Alan MacLeod. Hedges is a writer and a Pulitzer Prize-winning reporter who spent nearly two decades as a foreign correspondent. He was Middle East Bureau Chief for the New York Times until the newspaper forced him out due to his stance against the Iraq War. A fluent Arabic speaker, Hedges has been an outspoken critic of both Israeli actions and American imperialism in the region. As a foreign correspondent, he saw the destruction caused by war, imperialism, and the disintegration of societies, from Iraq to Israel, Yugoslavia, and beyond.

A former speechwriter for presidential candidate Ralph Nader, Hedges has taught in the prison system for over a decade. In 2012, he sued the Obama administration over the National Defense Authorization Act, a law that unconstitutionally allowed the government to indefinitely detain U.S. citizens without trial.

Alan MacLeod is Senior Staff Writer at MintPress News. After completing his PhD in sociology and journalism studies in 2018, he published two books about the media: “Bad News From Venezuela: 20 Years of Fake News and Misreporting,” and “Propaganda in the Information Age: Still Manufacturing Consent.” He is an expert in global media.