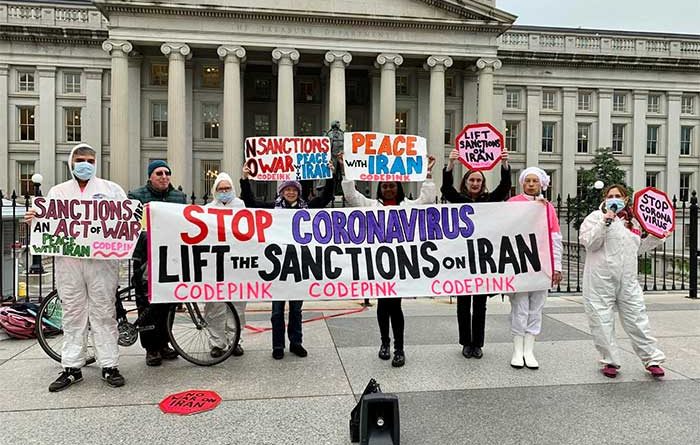 America is currently implementing sanctions against more than 30 independent and sovereign nations across the globe to include countries such as Afghanistan, Iraq, Iran, Syria, Cuba, Venezuela, Yemen, North Korea and Libya .

Some of these sanctions have been in place for over 60 years and in effect have stifled economic, industrial, scientific and medical advances in all the targeted countries leading to huge increases in poverty, infant mortality, chronic health conditions, early deaths, lack of adequate health care provision, medical equipment,educational tools, building materials, modern fully integrated infrastructure, international trade and development partnerships.

In reality these sanctions are a 21st century medieval siege designed to destroy the civil fabric of society in the targeted regions. The resulting hardships deaths, poverty and lack of disease control are blamed on the incumbent governments and not on their instigators in America Israel and the West.

These sanctions which in Iraq alone murdered 600,000 children prior to the British and American invasions are immoral, indefensible and ultimately self defeating.

As the world faces a pandemic disease delivered by an invisible enemy the global population must stand together and face this menace.

These medieval sanctions inflicted on the civilian populations must be ended and ended now.

While Cuba sends doctors around the globe,while Russia sends aid to Italy and China sends information doctors and aid to anywhere its is needed America’s contribution to the fight against Covid19 is to double down on sanctions making it impossible for many countries to buy medicine, personal protection equipment ventilators and life saving drugs.

I call on America, Israel and the West to end all the sanctions they have placed on every nation currently under siege from Cuba to Iran from Syria to Venezuela from the Middle East to Africa From Asia to Latin America.

This is a world pandemic. We must help each other. In the name of your chosen God and in the name of Humanity, Lift the embargoes now before countless millions die needlessly through the use of an outdated barbaric political and economic ideology of medieval Siege.