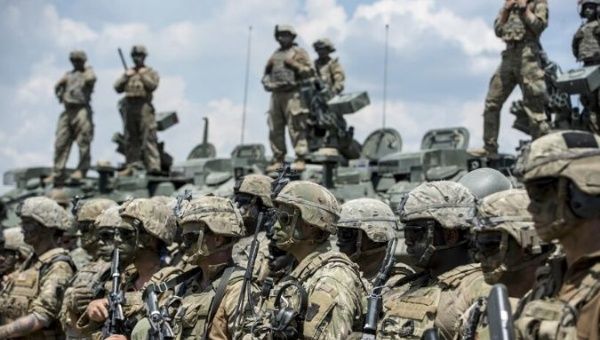 The 2019 report found that the top military spenders after the U.S. were China, India, Russia, and Saudi Arabia.

The United States once again leads the list of the largest military spenders with a 38 percent share of the almost US$1.9 trillion spent in war and weapons by the world’s superpowers, according to the latest annual report from the Stockholm International Peace Research Institute (SIPRI) released Monday.

“The recent growth in U.S. military spending is largely based on a perceived return to competition between the great powers,” senior researcher at SIPRI Pieter Wezeman said.

The 2019 report found that the top military spenders after the U.S. were China, India, Russia, and Saudi Arabia. Total spending in 2019 was 3.6 percent higher than in the previous year and accounted for 2.2 percent of global gross domestic product (GDP).

“Global military expenditure was 7.2 percent higher in 2019 than it was in 2010, showing a trend that military spending growth has accelerated in recent years,” SIPRI researcher Nan Tian said in a statement. “This is the highest level of spending since the 2008 global financial crisis and probably represents a peak in expenditure.” Russia’s spending also increased by 4.5 percent while it fell in Saudi Arabia by 16 points. Regional conflicts, the rise in tensions, and perceived threats between superpowers are likely the biggest reasons behind the surge, according to experts.

As the world is engulfed by the COVID-19 crisis, many non-governmental organizations and social movements are calling for a re-evaluation of the world’s military spending, urging leaders to redirect the money to healthcare, education and people’s needs.

“Indeed, global priorities are wrong; it is time for a new era of peace, a global ceasefire as called for by the U.N. and people around the globe. Let us demilitarize the world and invest in global peace and diplomacy,” the International Peace Bureau (IPB) responded to the report.