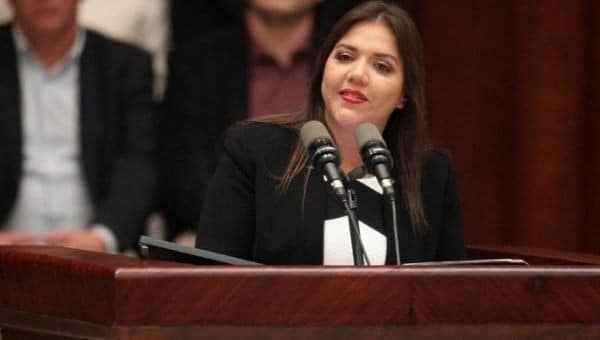 Ecuador’s Attorney General Ruth Palacios said Tuesday that her office will initiate an investigation into the accusation against Vice President María Alejandra Vicuña, about receiving bribes while she was a lawmaker in return for getting jobs.

Angel Sagbay, a former adviser in the office of Vicuña, claimed in a sworn statement that he worked for Vicuña in two different positions, and in order to get the positions, he had to make monthly payments of between US$300 and US$1,400 dollars from 2011 to 2013 directly to Vicuña.

According to Sagbay’s testimony, the bribe was requested directly by Vicuña “as a condition” to receive the job, under the pretext of being a “mandatory contribution” for the political movement the current vice president belongs to.

The country’s second top official responded to the accusations by saying that it is a slander and an insult that will be resolved through the courts, however, the complainant maintains that her former associate has evidence of all deposits made to the accounts that are in the name of Vicuña.

The prosecutor said that her office would get to the bottom of the accusations as she announced the start of the investigation.

“I could not come forward with what is going to be done in an ongoing investigation, that is a reserved investigation, precisely, to ensure the results of this probe,” the prosecutor general told to reporters.