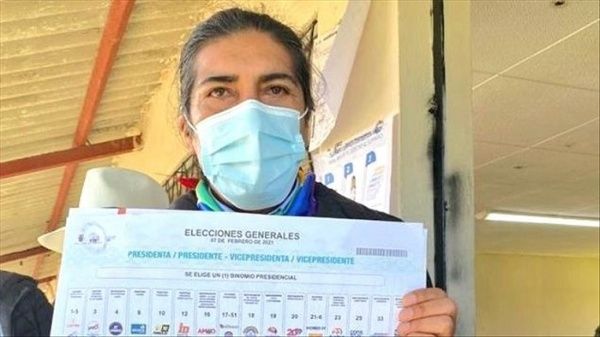 According to the most recent reports from Ecuador’s National Electoral Council (CNE), 98.67 percent of votes cast in the February 7 presidential election have been counted.

The CNE of Ecuador reported this Monday on its official website that the candidate for the Pachakutik Plurinational Unity Movement, Yaku Pérez, after obtaining 19.92 percent of the votes counted, is slightly ahead of the representative of the political alliance Creo, Guillermo Lasso, whose total at the moment is 19.58 percent.

Although these are not the final results, they would place the candidate of the Pachakutik Plurinational Unity Movement in second place in the general elections held last Sunday with little chance for change due to the small number of ballots still waiting to be counted.

The candidate who obtains the most votes will face the representative of Unión por la Esperanza, UNES, Andrés Arauz, in a runoff scheduled for April 11. Arauz remains in first place after obtaining 32.10 percent of the votes counted.

At the moment, the National Electoral Council has computed 98.67 percent of the ballots. Of these, 3.07 percent were cast blank and 9.48 percent of the votes computed were annulled, a number unusually high for a electoral contest.

The election day on Sunday was characterized by high voter turnout despite the context of the COVID-19 pandemic, and delays in the opening and operation of voting centers that created long lines for voters all over the country.

Featured image: The candidate with the most votes will face Arauz in an April 11 Ballotage | Foto: @yakuperezg.