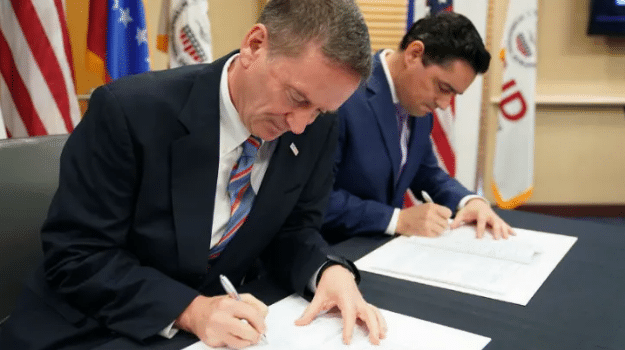 This Monday, February 8, the president of the Special Commission investigating the mismanagement of the previous National Assembly (AN), José Brito, said that Venezuelan Non-Governmental Organizations (NGOs) have been summoned to hearings next Wednesday before the AN, in order to explain the distribution of the alleged humanitarian aid delivered to the previous Parliament.

“There are patrimonial damages in the social, political and financial aspects that the sub-commissions are investigating. The first thing we did was talk with the Supreme Court and the Prosecutor’s Office… On Wednesday the NGOs are summoned to see what happened with the humanitarian aid,” he said during a interview on Unión Radio.

In a report released the same Monday by the United States Government Accountability Office (GAO) the US agency recognized the impact of US sanctions and blockade on Venezuela’s economy and on the human rights of millions of Venezuelans.

In this report the US agency referred to alleged US humanitarian aid delivered to undisclosed “partners’ in Venezuela. Many analysts and experts noted that such humanitarian aid was non-existent, or too small to be of any consequence to Venezuelans. On the other hand, many reports point to the use of such funding to finance opposition parties and destabilization operations against President Nicolas Maduro.

Brito emphasized that all the people and organizations that will appear before Parliament will have the right to legitimate defense, for which he repudiated the statements that consider that these actions are part of a “firing squad,” AVN reported.

“There will be a conclusive documentation, well substantiated, of how the hope of a change was used as a way to get hold of money, added Brito. “It will be presented to the plenary and it will be established whether or not certain people are politically responsible.”

Brito, who is also president of the Comptroller’s Commission of the National Assembly, recently presented charges before the Public Ministry (MP) against former deputy Juan Guaidó, for damages to the Republic and the usurpation of functions.

José Brito indicated that the charges to be presented by the Commission against the former deputy include criminal association, organized crime, usurpation of functions, assassination and attempted coup, and homicide.

Featured image: US Agency for International Development Administrator Mark Green with Carlos Vecchio, Venezuelan fake ambassador to the United States, at the signing of their “deal”. Photo by: Mark Green via Twitter.