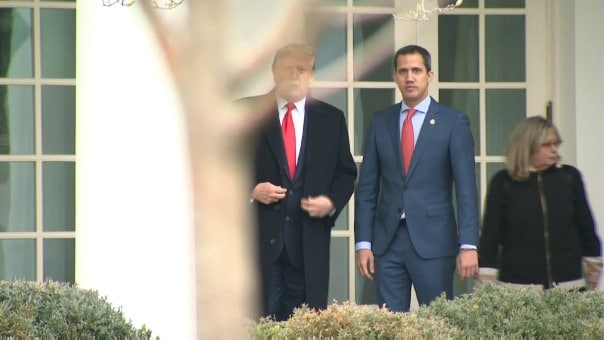 The European Union (EU) will no longer call Juan Guaidó “interim president” of Venezuela and  will only view him as one of several “privileged actors and interlocutors” within the Venezuelan extremist opposition.

Another decisive blow to Guaidó’s reputation, the announcement was made by the European bloc in a statement issued this Monday, January 25, in which it confirmed that the former deputy will now be only considered as part of a group of “privileged actors and interlocutors” who were part of the expired National Assembly for the 2015-2021 term, a term that bluntly removes the false label of “interim president” for the would-be usurper.

In addition, the bloc demanded that the Venezuelan government guarantee the “freedom and security” of opposition leaders, and at the same time threatened to consider the possibility of imposing “new economic sanctions” against the Venezuelan population, as part of their perennial neocolonialist fantasy.

In a document that summarizes the conclusions of the discussions on Monday in Brussels, the EU urged the Venezuelan opposition to adopt a “common position for an inclusive process of dialogue and negotiation,” without mentioning that all the European calls for negotiations in Venezuela have been stained by their own colonial fantasies and by US control over EU foreign policy.

“Faced with this challenging situation, all Venezuelan leaders have to prioritize the interests of the Venezuelan population,” the bloc was quoted as saying by the Europa Press news agency.

It also established that European diplomacy is prepared to support this process, including the option of sending electoral missions, because according to them, the past parliamentary elections “did not meet the minimum standards” despite having been invited to accompany the electoral process, and despite Maduro’s government making several important political concessions to encourage their attendance as observers. These invitations were rejected in order to continue ignoring the legislative elections—as Washington ordered— and thereby deny the legitimacy of the National Assembly constituted in January

The EU adds that it will continue to participate and work with all interested parties in Venezuela to promote peaceful dialogue and a democratic and sustainable solution to the crises in Venezuela, without specifying that it, as well as Washington, played key roles in creating the political situation in the Caribbean country.