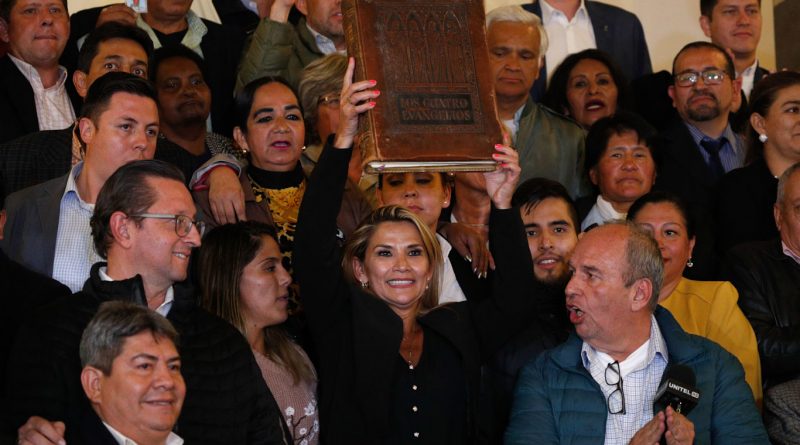 There are not enough intellectual tools to analyze the religious war used by the United States to support its coup d’états in Latin American countries. This is how historian and theologist Enrique Dussel comments about the ousting of Evo Morales in Bolivia and the region’s current political scenario.

Interviewed by Mexican journalist Carmen Aristegui, Dussel recalled that in the region, “Bolivia, together with Haiti, were the poorest countries and while its wealth increased as no other. No one would have expected a reaction there. A significant issue is the reaction of a class sector previously in poverty that became middle class thanks to progressive governments. They have other aspirations which have nothing to do with overcoming poverty. Subjectivity has changed. They turn to consumerist subjectivity, in which they believe that certain right-wing projects could solve their new hopes,” reported the Explicito website.

Dussel commented that some of “those who overcame poverty in Bolivia are subjects, hoping at heart to be neoliberal consumerists. And here comes the issue, in a coup d’état such as (Chile’s Augusto) Pinochet, the same as some Argentinean military officers, the process was headed by people who said they had to guarantee a right-wing Christian Catholic western civilization against communism.”

“In this period there is a new phenomenon of evangelist churches supporting the Brazilian process, while a lawless man like (Luis Fernando) Camacho says something crucial in Bolivia: “We are going to take the Pachamama out of public places and we are going to impose the Bible.” But this is not the Catholic Bible he is talking about; it is the one of evangelical groups. He takes aboriginal people’s popular culture as a terrible paganism to be completely erased by Christianity.” The new illegally appointed president, Jeanine Anez, took it even further. While holding a bible on the Senate floor she proclaimed, “I dream of a Bolivia free of satanic indigenous rites. The city is not for the Indians, they should stay in the highlands and Chaco.”

RELATED CONTENT: Videos of Repression in Bolivia: Six Dead in El Alto and More Than 20 Injured

It is an evangelical bible coming from U.S. sects that is changing subjectivity throughout Latin America. They are trying to get people to abandon their ancestral traditions and start working and entering the capitalist consumerist society,” noted Dussel.

Moreover, he commented, “on the one hand, we have the white issue in Bolivia, white people despising natives, mixed-raced people, together with (Luis) Almagro’s OAS doctrine. This developing scene in Latin America has to be taken seriously.”

“Aymara traditions, already influenced by five centuries of Catholicism, are now facing evangelists. This is going to be some sort of religious struggle but which is in fact political. This explains another issue; the liberation theology, which is Christian but is based on the poor against the rich. ‘Blessed are the poor. Damned are the rich.’ That is invested in evangelical groups. That entails a complete theoretical historic review for which the left is not used to because atheism was proposed as a transforming condition. Natives were faced but given their religious condition, they didn’t know how to treat them so they were kept out. Now, they have to be assimilated by a pro-U.S. evangelism.”

Evangelists and the OAS

Evangelists, Dussel notes, “provide a meaning: ‘Leave all those terrible habits behind, become an austere, working, well organized man and you’ll overcome poverty because God is going to bless you with fairly good wealth. Old Calvinism sees wealth as a blessing of God. The Pachamama is the source of poverty.”

“That bible reinterpreted by a U.S. modern man is the source of the possibility of a new Bible. That is used today by the OAS and the new U.S. politics. They had left Latin America aside. But as they’ve been defeated in Iraq and Iran, they are coming back to Latin America and they want it back. Evangelical methods were subtle before but but now they have resumed a full out strategy of coup d’états,” Dussel stressed.