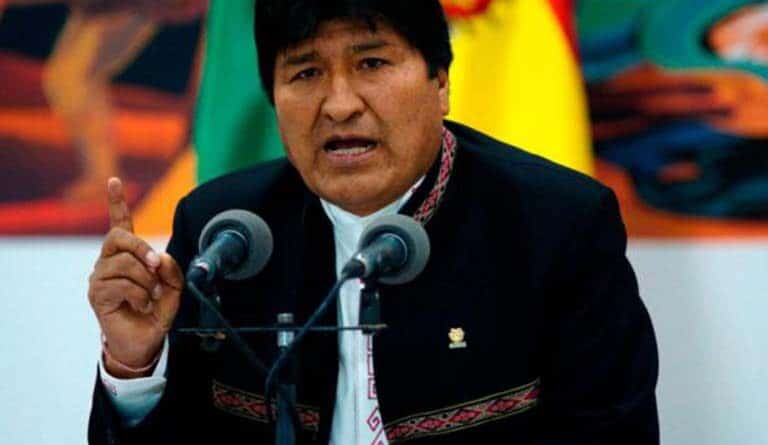 Ousted president of the Plurinational State of Bolivia, Evo Morales Ayma, denounced militants from right-wing organizations for planning to seize power violently and illegally in several departments, among which the department of Pando stood out, Telesur reports.

Through his twitter account, Morales spoke out, announcing that the right persists in its intentions to unlawfully outlaw the MAS-IPSP with a view to the upcoming general election process postponed again until October 18.

“The objectives of the right wing coup plotters are to extend their time in power as much as they can, to ban MAS-IPSP and to assault the State. Now they are planning coups in departmental and municipal governments, including the department of Pando,” said Morales.

This Thursday, the Supreme Electoral Tribunal (TSE) decided to delay the elections again until mid-October, arguing for the protection of citizens in the face of the pandemic.

Prior to this, pressure had been brought from the right and the de facto government led by Jeanine Anez, on the electoral body, to adopt this decision.

Similarly, organizations opposed to the MAS-IPSP have filed demands with the TSE to exclude the political organization led by former President Morales, with a view to the upcoming general elections. The arguments are alleged violations of electoral legislation by the MAS candidate Luis Arce.

Both acusations have been rejected by the MAS-IPSP, which has said the true claims of the right are aimed at perpetuating themselves in power, without facing opposition from the progressive organization, which currently leads the intention of the citizens’ votes, according to most polls.