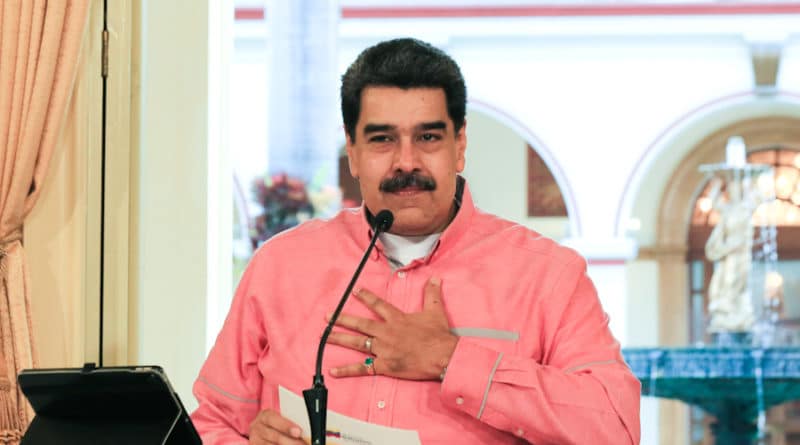 A total of 15 people are detained for trying to enter the country through illegal trails (trochas) from Colombia and thus avoid the national, social and collective quarantine. The president of the Bolivarian republic of Venezuela, Nicolás Maduro, said this Thursday. In statements broadcast by Venezolana de Televisión, the Venezuelan head of state emphasized that everyone “was placed under the order of justice and is in prison.”

In this situation, the national president urged the people of Venezuela to remain alert and to call the authorities if they know of any situation regarding a person who is in the communities from other countries not willing to pass through the sanitary controls on the border.

From Miraflores Palace, in Caracas the Venezuelan president pointed out that this situation generated an outbreak of contagion in the Pemón community in Bolívar state. “They infected the Pemón community and we have a large outbreak in the community because sick Venezuelans were passing by and they infected everyone,” stressed President Nicolás Maduro while mentioning that these people are doing this to avoid the sanitary control in the border and quarantine but represent a risk for all Venezuelans.

In this regard, he recalled that the national government has deployed an epidemiological cordon on the border, where all Venezuelans who enter undergo free screening tests for the detection of the coronavirus, as well as isolate and quarantine mandatory for a period of 14 days. “Those who legally pass over the bridge, and those who pass the trails are also tested, whoever tests positive in a rapid test, isolates himself and has a molecular test,” emphasized the Venezuelan president.

It should be noted that almost 54 thousand Venezuelans have returned to the country, fleeing from xenophobia and the health crisis that is registered in other nations, as a result of the pandemic, which has generated an exponential increase in imported cases in the last month. “Venezuela is receiving migrants who are returning to their country. It is the only country. Thousands arrive every day fleeing from the coronavirus, from the persecution of xenophobia, from contempt, because if they were well, would they return?”

Venezuela confirmed this Thursday 135 positive cases for Covid-19 coronavirus and that brings to 2,087 those infected by the outbreak.

Of the total number of confirmed cases this Thursday, 31 are cases of community transmission and 104 are imported.