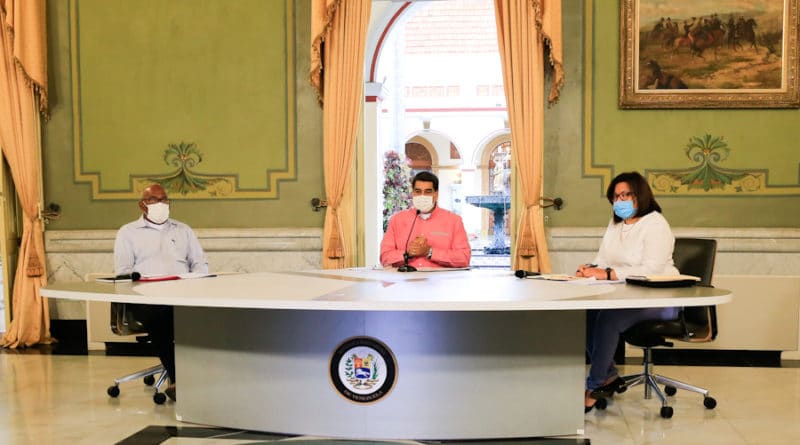 The president of Venezuela, Nicolás Maduro, announced the detection of 135 positive cases of Covid-19 in the last 24 hours. Of the new confirmed cases, 31 are community transmission: 17 in Miranda, 2 in Falcón, 9 in the Capital District, 1 in Trujillo and 2 in Zulia. The remaining 104 are cases of people who come from Colombia and Brazil, or who were infected by those people.

The president stressed that the number of community cases is the highest in two weeks. Of them, he reported:

In this sense, he pointed out that “the increase in imported cases comes from the exponential increase of cases in Brazil, Peru, Ecuador and Colombia”, which has generated 80% of the infections reported in the country in recent weeks, the result of the return of Venezuelans who contracted the virus abroad due to the health carelessness of capitalist governments.

“This has impacted because Venezuela is receiving migrants who are returning to their country (…) fleeing from Covid-19, from persecution, xenophobia abroad.”

Regarding the plan for loosening the quarantine that has been carried out since last Monday, June 1, in Venezuela, he pointed out that it is being carried out successfully, complying with the sanitary and epidemiological protocols that guarantee the containment of the virus under the 5 + 10 scheme (5 days of job, quarantine for 10).

The number of infections in the world amounts to 6,688,662, the United States being the epicenter of infection with a total of 1,929,636 affected and a mortality rate that exceeds 110,000 people.

Brazil remains a contagion hotspot in South America, mortalities include 33,884 deaths while its contagion registry is 612,862.

In Latin American, Peru also reports an exponential growth of cases with 183,198 infected and 5,031 deaths, while Chile has 118,292 infections and 1,356 deaths, followed by Ecuador, which to date refers to 40,966 infected people and an 3,486 deaths. Many of these countries have been pointed out by experts as not properly counting deaths and infections.