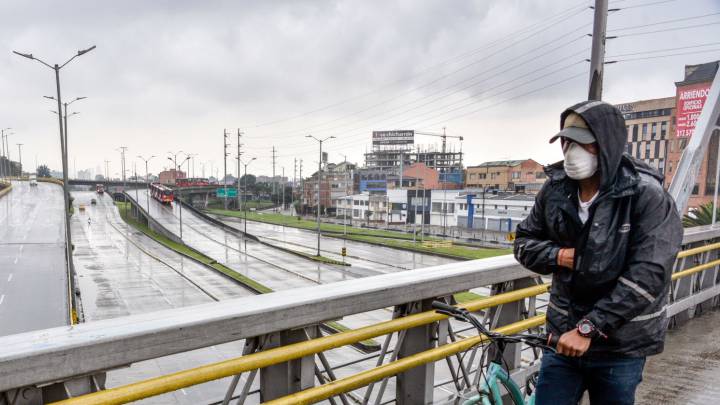 Starting next Tuesday, Colombia will enter a mandatory national quarantine in order to stop the spread of the coronavirus (Covid-19), which has already haa 158 confirmed cases in the outbreak. The information was released by the president of that nation, Iván Duque,detailing that the measure will take effect from Tuesday at 11:59 p.m. for up to 19 days, in order to prevent the pandemic’s spread.

“It was a slow and structured decision, made by experts. To also protect the most vulnerable,” said the Colombian head of state on a national network, broadcast by local media.

This measure is in addition to the one taken by the Colombian president last Tuesday, in which he decreed mandatory preventive isolation for people over the age of 70, who are considered at “high risk” to be infected by the coronavirus.

The measure came into effect this Friday and will last until March 31, as part of the state of emergency decree, declared throughout the Colombian territory.

In addition to this, the closure of bars, discotheques and nightclubs is added to prevent the spread of the virus, which has left more than 180,000 infected internationally. Similarly, the suspension of classes until April 20 was announced.

Earlier, the highly unpopular Colombian president reported that a screening test had been carried out on him, with a negative result. “I take the liberty of informing all Colombians that after having had the Covid_19 test, the result of the sample is negative. We reiterate a call to care and self-care, and to be responsible with information and in solidarity with the health of everyone around us,” he wrote on his account on the social network Twitter.

Duque has been heavily criticized by his handling of the Coronavirus crisis, first for not taking enough actions, second by initiating a conflict of orders and counter order with local authorities (governors and mayors) and later for prioritizing the interests of private and transnational corporations instead of the health of his fellow citizens.

Featured image: In Bogota there was a quarantine drill performed by the Mayor not by the Colombian government