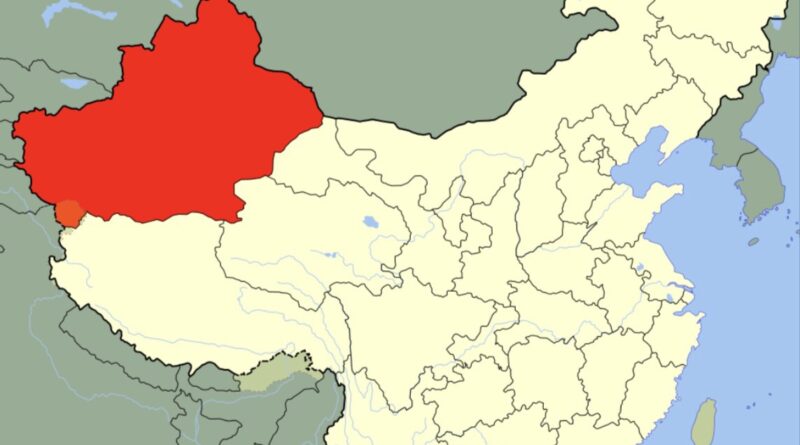 In 2014, the U.S. imperialists perpetrated—and very effectively manufactured consent for—a fascist coup in Ukraine that served to create a regime which Washington could use to wage proxy warfare against Russia. Thanks to the Obama administration’s meddling in the transition process towards a new government following widespread unrest within the country, fascists were installed into power. From that year onward, these U.S.-empowered neo-Nazis have been carrying out ethnic cleansing against Ukraine’s Russian-speaking peoples, unleashing fascist militias which have taken advantage of the country’s descent into a failed state, persecuting political dissidents, journalists, LGBT people, and Romas, and waging war against Russia on behalf of their imperialist puppeteers.

And it’s all been legitimized in the Western ideological orthodoxy through a campaign to paint Russia as the unambiguous villain in the Ukraine situation, with the Crimean people’s democratically settled (and understandable) decision to become part of Russia being portrayed as a heinous territory grab by the bogeyman Putin. As Ray McGovern has written about why the Crimeans voted to join Russia, “there were extenuating circumstances, including alarm among Crimeans over what the unconstitutional ouster of Ukraine’s president might mean for them, as well as Moscow’s not unfounded nightmare of NATO taking over Russia’s major, and only warm-water, naval base at Sevastopol in Crimea.” Given the horrors that this unconstitutionally installed regime has since perpetrated, no amount of Western propaganda about how Crimea’s annexation referendum was “illegitimate” can dispute the wiseness of the Crimean people’s choice.

What does all of this have to do with Xinjiang? Well as I look at the propaganda and foreign meddling that Washington is carrying out in its supposed crusade to protect the human rights of Xinjiang’s Uyghurs, what happened in Ukraine keeps coming back to haunt me. Because there are some alarming parallels between these two imperialist projects.

For one thing, in both Ukraine and Xinjiang the U.S. has been nurturing violent extremism. (And yes, a U.S.-faciliated pipeline of religious radicalism does exist, and it’s being aided by Washington’s Syrian war ally Turkey. This pipeline also runs directly from Syria to Xinjiang. These strains haven’t emerged from a vacuum.) In Ukraine the extremists have racial motives, and in Xinjiang they have religious motives. Though to say the motives of the Uyghur militants are purely religious wouldn’t be entirely honest, because they’ve been pursuing models of governance that are based off of one of the world’s most brutal ethnostates: Israel. A 2017 Times of Israel article describes the inspiration that groups of Uyghur radicals are finding within Zionism:

They don’t enforce an Islamic court system or replace local councils — unlike their close allies, the al-Qaeda-linked Hay’at Tahrir al-Sham, Arabic for Levant Liberation Committee. Instead, an older Uighur would convene young fighters in the evenings to discuss history and politics. They looked to an improbable model for building an independent homeland: Israel and the Zionist movement. We studied how the Jews built their country,” Ali said. “Some of them fought, some of them provided money. We don’t have a strong background of that.”

Does this aversion within some Uyghur jihadist circles towards the more extreme examples of Islamic law mean that a Xinjiang breakaway state wouldn’t be a theocracy? Perhaps not on the same level as the brutal Saudi regime, but it would undoubtedly be an ethnostate of the same type as Israel or post-coup Ukraine. This is apparent both from the fact that these circles are explicitly taking inspiration from the genocidal settler-colonial state of Israel, and from the fact that Salih Hudayar, the self-proclaimed “Prime Minister” of “East Turkistan” and the founder of the East Turkestan National Awakening Movement, is lobbying the U.S. government to recognize Xinjiang as an independent ethnostate and to instrumentalize Uyghurs as a force for proxy warfare.

RELATED CONTENT: China Ratifies Cooperation with Venezuela in the Face of US Threats

As Steven Sahiounie wrote in 2018 his article From Idlib to Xinjiang: Uyghur Fighters Trained for Terror, the narratives we hear in the Western media about the “persecution” of the Uyghurs are about laying the ideological groundwork of mass Western support for such a war:

All of this is building a case for Arab, Muslim and Western support of the Uyghurs, in their impending face-off with China. Eurasia will be the battle ground, and disrupting the Belt and Road project seems to be the raison d’etre of that effort. Westerners need to ask themselves if they would like armed terrorists living next door to them (or with them, in the case of Syria), but if they terrorize people in Syria or China that is alright as far as the western mainstream polity is concerned. In that inverted reality, the terrorist becomes the victim under the mainstream media.

If the U.S.-backed World Uyghur Congress and its ideologically aligned jihadist forces were to get their way, a large chunk of western China would be turned into the same kind of fascistic war state that Washington made Ukraine into. In this scenario, the numerous terrorist attacks that these U.S.-radicalized Xinjiang jihadists have so far perpetrated against their fellow Chinese citizens will be just the beginning. The newly established state of East Turkestan would start a war against China, likely complete with the kinds of ethnic persecution campaigns and “filtration camps” that Washington’s Ukrainian Nazis brought about. Instead of Russian speakers, Han Chinese people and Communist Party sympathizers would be the targets of this reign of terror.

If this sounds hyperbolic, consider the atrocities that the U.S. has facilitated in Ukraine to further its cold war against Russia, then look at how far the U.S. has been willing to go in its cold war against China. Through its CIA front group the National Endowment for Democracy, Washington has orchestrated acts of horrific violence in the streets of Hong Kong, carried out by people who can legitimately be considered fascists; despite having claimed to be “pro-democracy,” they waved British colonial flags and called upon Trump to “liberate” Hong Kong, making their imperialist allegiances explicit. And last December Ukrainian neo-Nazis came to Hong Kong to participate in the protests, making the last decade’s U.S. foreign meddling come full circle.

The far-right anti-CPC religious cult Falun Gong, the anti-communist political factions within Taiwan, the labor infiltrators within China who’ve been assisted by the NED, and most of all the Xinjiang religious extremists share the same goal as the U.S.-backed Hong Kong protesters: to Balkanize China by establishing breakaway states that set themselves up against the Communist Party. It’s no surprise that these pro-separatist groups tend to be at least ideologically adjacent to fascism, because as has been shown in Ukraine and the numerous other countries the U.S. has carried out coups within, fascism is an effective way for the imperialists to create a proxy state.

It can also be an effective way to wage and manufacture consent for a proxy war. While Washington continues to use its Ukrainian puppet state to perpetuate a conflict with Russia, NATO’s propagandists are working to make this destabilization project appear legitimate. The neoconservative think tank the Atlantic Council wrote this year in regards to Ukraine that Russia “seeks to promote anti-Western narratives and discredit Ukraine’s post-2014 Euro-Atlantic trajectory.” And Buzzfeed has published an article which celebrates the election of Biden simply for the reason that Biden will use Ukraine to more aggressively advance anti-Russian cold war escalations; the article quotes a former U.S. ambassador to Ukraine who’s said that when Biden enters office, “all of the elements of the U.S. government that support Ukraine can be more explicit, be more vocal, be more enthusiastic, and be more evident.”

In the dreams of the imperialists, ten years from now they’ll be carrying out a similar consent manufacturing campaign for a similar proxy war that their Uyghur separatist state has started against China. But much to the lamentation of the cold warriors, China’s deradicalization programs have lessened the presence of religious extremist ideas within Xinjiang, and no new terror attacks have happened in Xinjiang during the last 42 months as a result. So all that the imperialists can do is spin increasingly outrageous stories of supposed human rights abuses in Xinjiang, hoping this will make up for Washington’s failure of an attempt to destabilize the region.