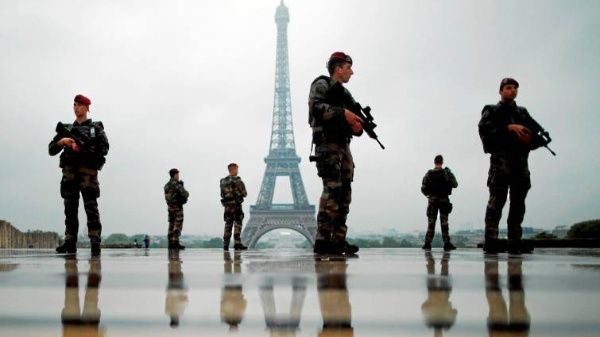 23/Mar/2019.- The Minister of Defense, Florence Parly, said that “the distribution of tasks between the military and police is very clear.” By the end of this note, 60 citizens and 17 police officers are already injured.

This Saturday the yellow vests took the streets of France again in their nineteenth protest (Act XIX), which, on this occasion, was repressed by a military contingent, according to the government orders of Emmanuel Macron.

The military security deployment, announced by Macron, caused concern among the sympathizers and members of the citizen movement, which, despite that, did not give in to the new outing on the streets.

The mobilization – which continues to develop at this report’s end – already has already seen several arrests, in addition to 60 citizens and 17 wounded police officers, in the Champs Elysees in Paris, capital of the country and the main focus of the protests that have marked the Saturday scenarios, since its inception in November 2018.

The Minister of Defense, Florence Parly, said that “the distribution of tasks between the military and police is very clear (…) it is about allowing the police to do what only they can: the maintenance of public order.”

For four months, the movement has been demonstrating every Saturday in a consecutive manner, rejecting the neoliberal policies of the French president and his government, and demanding demanding greater social justice.