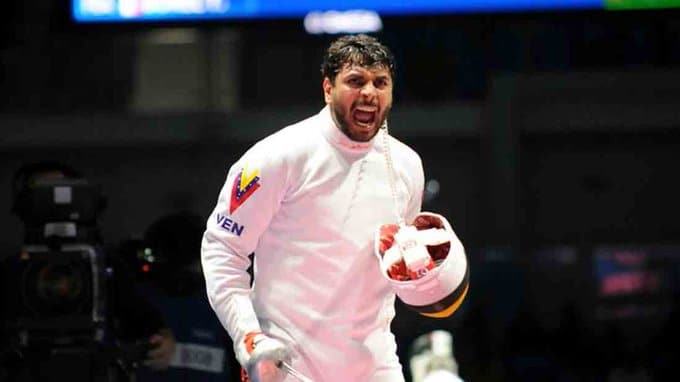 Venezuelan fencer Francisco Limardo won the gold medal at the Karlovy Vary International Tournament, held in the Czech Republic, as part of the World Cup season of this discipline.

“It was a pretty good tournament after stopping by the Pan American Games and now it’s my turn to get my face out for the team and the country. This gives me enormous confidence to give continuity to what we need for the team thinking about the Olympic Games, ”said Limardo, in a press release.

The fencer prevailed in the traditional International event of the Czech Republic, in which he climbed to the top of the podium after beating the Czech Jakub Jurka by 15 to 6 in the finals.

On the other hand, Rubén Limardo, his older brother and Olympic gold medalist, also participated in his first competition after Lima 2019, reaching the seventh place, after failing against Jurka in a field of 8.

The swordsman said that he is very well physically so his performance in this competition just begun “has been a good thermometer.”