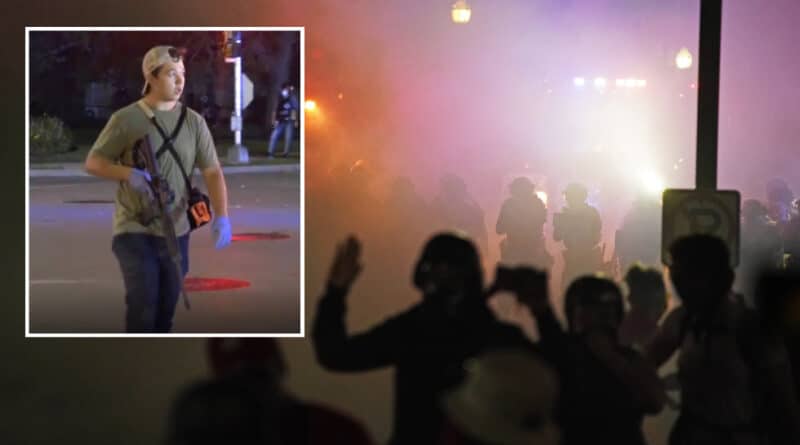 August 27, 2020.-  US-based crowdfunding platform GoFundMe has been accused of deleting a legal defense fundraiser for 17-year-old Kyle Rittenhouse who is charged with killing two men and injuring another during a violent altercation in Wisconsin.

Rittenhouse was arrested in his home state of Illinois following the incident, of which there are multiple videos from multiple different perspectives. He has been charged with first-degree murder and is also accused of fleeing Wisconsin “with intent to avoid prosecution,” having been described by police as a “fugitive from justice.”

The URL for his legal defense fundraiser “Help us Free Kyle!”, set up by his father Tom Rittenhouse, still appears in Google searches but redirects to a “page not found” notice on the GoFundMe website.

“Please, help me save our son Kyle! He did nothing wrong, he is being railroaded by the state,” the preview for the campaign reads. A hearing for Rittenhouse is expected to be held on Friday.

Meanwhile, GoFundMe is directing people to the campaign for Anthony Huber, one of the two men allegedly shot dead by Rittenhouse during the violent altercation, describing him as a “hero” who “gave his life” and “tried to save others.”

Here is the verified GoFundMe to support the family of Anthony Huber—the hero who gave his life attempting to take down a gunman in Kenosha & save others. All funds will be sent to Anthony's partner & stepdaughter. https://t.co/mXLRPIrH0F

This move was not popular online, as Huber’s alleged history of domestic violence has been discussed widely among those critical of the mainstream narrative about the shooting incident.

This is who @gofundme is calling a hero https://t.co/BeaXp2CU5U pic.twitter.com/f8DuBAZID8

One of Rittenhouse’s other alleged shooting victims was found to be a registered sex offender by online sleuths.

Elsewhere, a GoFundMe page for Jacob Blake, whose shooting at the hands of the Kenosha police department sparked the current spate of riots and protests, has accrued over $1.6 million in donations, despite the fact that he reportedly admitted to having a knife on his person prior to the shooting.

Blake has likely been rendered permanently paralyzed from the waist down as a result of injuries sustained in the shooting. His family have expressed their disgust at the ongoing turmoil and violence in Kenosha.

Critics have also highlighted the comparatively lackluster promotion by GoFundMe of the ‘Justice for Cannon Hinnant fundraiser page’ for the family of a five-year-old white boy who was murdered in his front yard, which has raised $800,000 so far.

Within 48 hours, Jacob Blake, a man who was wanted on charges of felony sexual assault, received more donations than Cannon Hinnant, a 5-year-old who was murdered in his own front yard. pic.twitter.com/3TWexPOrfE