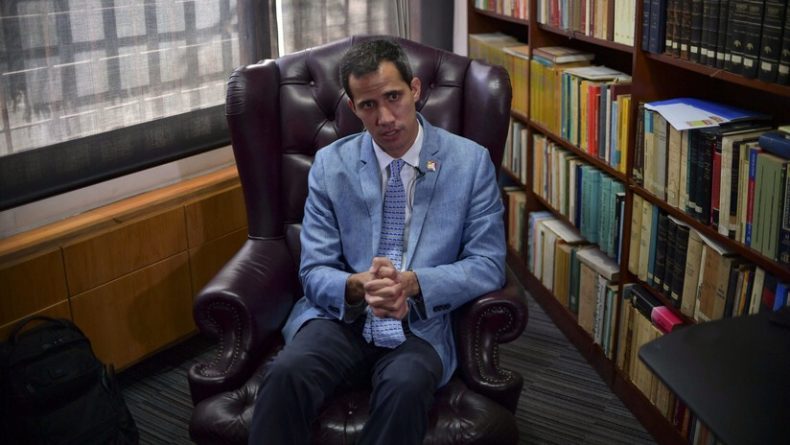 The President of the National Assembly in contempt, Juan Guaidó, who on January 23 proclaimed himself “interim president” of Venezuela, does not rule out “authorizing” a US intervention or a foreign force in Venezuela “if necessary”, so that the legitimate President of the country, Nicolás Maduro “leaves power”. This was said in an interview with AFP.

“We will do everything possible. This is an obviously very controversial issue, but making use of our sovereignty, the exercise of our powers, we will do what is necessary,” said Guaidó about an eventual use of “his powers to authorize” a military intervention. The opposition deputy reaffirmed his willingness to “do everything” that “generates governability”, to the insistence of the AFP asking whether he would “authorize” a military intervention. “We are going to do everything that has a lower social cost, that generates governability and stability in order to attend to the emergency,” said Guaidó.

This Friday, Lester Toledo, who was “appointed” by Guaidó, urged the military of the South American country to “rebel” against the government of President Nicolás Maduro and allow the entry of “humanitarian aid” from Colombia.

For his part, Maduro said this day that “national sovereignty is trying to be violated with a show called a humanitarian operation.”

“If they want to help Venezuela, release the money that has been blocked from us,” he said, referring to the sanctions imposed by the US. to the country, including blocking billions of dollars.