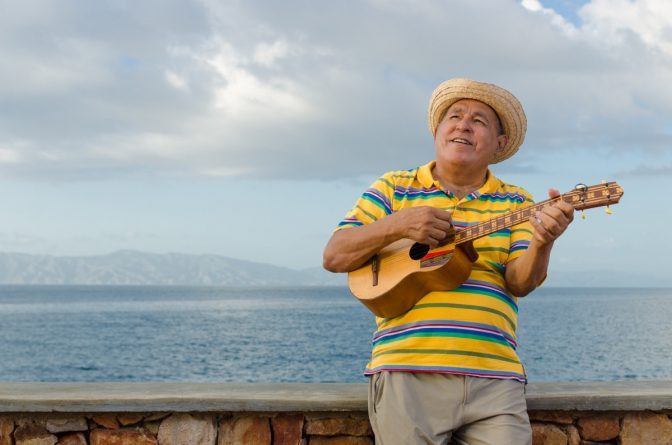 Ernesto Villegas, Minister of Popular Power for Culture, reported this Friday night in his Twitter account the cancellation of a concert in Tenerife, Canary Islands (Spain ), of the great master of Venezuelan traditional music Gualberto Ibarreto, “for the possible closeness of the artist with the Chavista regime.” “I just got in touch with Gualberto and his wife, who confirmed the cancellation of the presentation originally scheduled for March 31 in Tenerife, supposedly for having appeared on television in an activity with President Nicolás Maduro in the Miraflores Palace,” the minister explained in a tweet.

He also explained that the concert was organized by the Folklore Association of Venezuelan Music Cumaco’s in a venue of Tenerife, Canary Islands. In the event, artists like Enrique Barrios, Rafael Flores “El Morocho”, 2ABC Music, Luis Medina Show, Afro-Venezuelan group Cumaco’s, Carlos Talez and “several characters from the local musical guild” were also to participate, in a tribute to Gualberto Ibarreto for his more than 40 years of musical career.

Villegas described the decision as a “neo-fascist persecution against Venezuelan artists” and recalled that Ibarreto is considered the glory of Venezuelan folk music.

Gualberto Ibarreto, born on July 12, 1947 in El Pilar, Sucre state, is one of the most recognized artists of our country, performer of successful themes such as Maria Antonia, Ah Coward Body, The Letter and The Thief of your Love, with more than 15 albums under his belt and an extensive list of hits, and he plays criollo music within the genres of Malaga, Jota, Galerón and Polo. He is also the performer of plucked string instruments most linked to the sound of Venezuelan musical folklore, such as the cuatro, the guitar and the mandolin. His training as a vocalist was self-taught although, in his childhood and adolescence, he had contact with popular musicians from the eastern part of the country, from whom he learned styles of execution through listening and observation. He received some notions of music in the Academy of Tobias Hernandez and Father Raul Benedetti.

“Closeness with the Chavez regime”

The minister published the letter in which the cancellation of the event “honoring our country” was reported. The letter says that the cancellation is executed “due to the possible closeness of the artist to the Chavista regime that is still in Venezuela”, and indicate that his decision is based not only on the political situation in Venezuela, but also on “our professional and civic ethics”, seeking “to correct an error before even committing it”. The letter is signed by the producers of the activity, Luis Medina and Otoniel Delgado, representatives of the Folklore Association of Venezuelan Music Cumaco’s and Fire Fusion. “The text through which the cancellation is reported illustrates the full-body persecution unleashed in several countries against Venezuelan artists with the hackneyed argument of the alleged link of the affected with the Bolivarian Revolution, ” declared Villegas. “The line imposed by Washington to criminalize Chavismo and everything that resembles it or feels close to it – the very practice of fascism – reaches a paroxysm by damaging an artist of the stature of Gualberto Ibarreto, beloved by all of Venezuela,” he continued.

The minister also recalled that “the affront to Gualberto Ibarreto in the Spain of Pedro Sánchez, where Franco seems to have been resuscitated, occurs days after the Colombia of Iván Duque and Álvaro Uribe Vélez prohibited the singing of Venezuelan musician Omar Enrique, with the same fascist argument”.

Villegas recalled that thousands of Canarians who emigrated to Venezuela were received by the country. “The affront to Gualberto is one to this entire country that has given them so much,” he reiterated.

This Saturday morning, the Venezuelan musician Jesus Bernardo Sanoja Soteldo, better known as Chuchito Sanoja, showed his support for Gualberto Ibarreto: “The same fascism that ended the life of García Lorca and Miguel Hernández suspends you concert in the Canary Islands. I proudly invited you to sing the merengue I wrote in homage to cuatro, ‘Mi cuatro camburpinton’. I dedicate it to you in reparation, “said Sanoja according to a tweet from Minister Villegas.

Hours before, Minister Villegas announced that he will present a communication to the Director General of Unesco, Audrey Azoulay, denouncing the violation of regulations of the organization by the government of Iván Duque, president of Colombia, by preventing the entry into his country of the Venezuelan artist Omar Enrique, to participate as an artist at the Barranquilla Carnival, where he would share stage with artists such as Maná or Gilberto Santa Rosa. The Migration Department of Colombia reported that it was prohibited from entering because it was part of 200 people close to President Maduro.