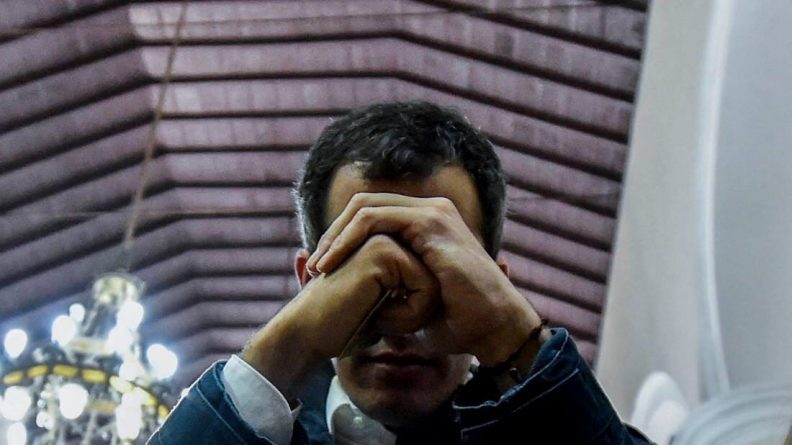 The opposition deputy Juan Guaidó, who insists on his role of self-proclaimed “president in charge” of Venezuela, offered an interview to the newspaper Panorama, in which he maintains his commitment to a military uprising against the constitutional president Nicolás Maduro and ratifies his willingness to support a military intervention against our country otherwise.

“We are calling on you to join this process; now, if you do not take the step, we will have to take other measures”, he said about the Bolivarian National Armed Forces (FANB).

Guaidó said he is not worried about not having the support of the Venezuelan military, but “he is working on that”.

He also added that he does not know whether to “expect something” from the defense minister, Vladimir Padrino López, but he recalled that, according to his “Amnesty Law”, all those who decide to support him will have special guarantees.

As for the military intervention with which the United States is threatening, he said that it is a sovereign decision of our country and that is why it falls within his plans.

“We have to do everything in our power sovereignly, that is our decision as Venezuelans to stop this tragic situation that Venezuela is experiencing, we are willing to do everything,” said the deputy.

On the other hand, he dismissed the possibility that a civil war between Venezuelans could be generated in the country because nobody would be “willing to die for Maduro, who has no money.”

In addition, he discarded again joining a political dialogue with the national government because, in his opinion, “we are in a dictatorship, so we have to push”. However, he noted that -in his opinion- he has “not been arrested because he remains not in contempt of the Constitution and the law”.

When asked about the supposed transitional government that he intends to implement for a year and about the political instability that would be created in the country, he argued that they have determined three stages they may take at this time: “meet the humanitarian emergency”, ” stabilize the economy” and “generate governance”.

“Having a new CNE (National Electoral Council) takes a while and (then) prepare a free election,” said the opposition deputy, who also clarified that the process would begin with the departure of President Nicolás Maduro.

Guaidó said he would only be willing to meet with any official of the national government, “that has the strength to achieve the transition” and described as “a political error” the call for early elections of the legislature at a time in which supposedly the opposition is “united and cohesive “.