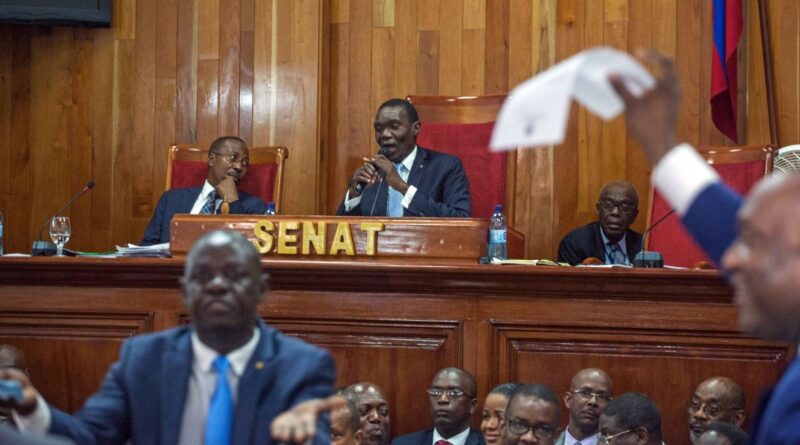 On Friday, July 9, the Senate of Haiti appointed the current president of the Upper House, Senator Joseph Lambert, as provisional president of the country after the assassination of Jovenel Moïse, who was killed in his home in Port-au-Prince in the midnight hours of Wednesday, July 7. The resolution for Lambert’s appointment, signed by eight of the ten senators who are in office, states that “the new provisional president, His Excellency Joseph Lambert, will take constitutional oath in Parliament before the Assembly of Senators, in the presence of the constituted authorities and the leaders of civil society and the political class.”

This measure ignores the authority of self-appointed interim prime minister, Claude Joseph, who assumed the leadership of the government after the assassination of Moïse. Joseph has served as minister for foreign affairs for Moïse since March 2020. He is a western educated young politician with teaching experience in US universities, and according to media has the blessings of the CORE Group (composed of the special representative of the secretary-general of the United Nations, the ambassadors of Brazil, Canada, France, Germany, Spain, the European Union, the United States of America, and the special representative of the Organization of American States), a de facto international authority in the Caribbean nation. This group has been considered by many as a foreign force de facto ruling the country and allowing Moïse’s questionable policies and management of the government of Haiti.

On April 30, Moïse had appointed Claude Joseph as the new prime minister after former PM Joseph Jouthe resigned. Jouthe was serving as Haiti’s prime minister from March 2020. At the time of resignation, he cited the rising rates of murder and abduction in the country as the reason for leaving his post. At that time, Claude Joseph had the endorsement of Joseph Lambert himself.

However, just days before being assassinated, Moïse removed Claude Joseph and appointed Ariel Henry, a career politician and former member of the INITE Political Platform, as prime minister. Henry was the sixth prime minister appointed by Moïse in four years of government. There are questions about why Ariel Henry has not been appointed provisional president.

In addition, international media report that the text of the resolution establishes that Lambert assumes the presidency of the Republic ”until the date on which Moise’s mandate would end,” with his priority being the formation of ”a government of national entente,” in order to organize the presidential, legislative and electoral elections and the constitutional referendum, scheduled for September 26.

However, the Haitian Senate has only ten parliamentarians in office, and since 2020 it has not been empowered to make decisions due to the lack of a quorum.

Elections to both the Chamber of Deputies and two-thirds of the Senate were to be held in 2019, but they were postponed due to the political crisis that the country was experiencing at that time. Thereafter, in January 2020, Moïse dissolved the parliament and started governing by decree, exacerbating the crisis in the country where many call him dictator.

The assassination of Moïse, perpetrated by a commando of 26 Colombian mercenaries and two Haitian-Americans, took place less than three months before the scheduled presidential and legislative elections and almost five months after Moïse was expected to end his mandate according to the Haitian Constitution. The constitutional referendum was aimed at extending Moïse’s term in office.