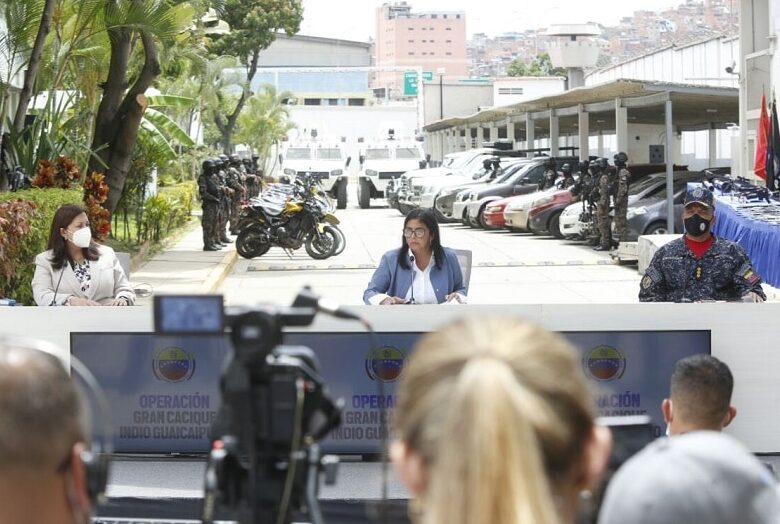 ”We have captured three ‘Colombian paramilitaries’ as part of Operation Gran Cacique Indio Guaicaipuro, and we have also seized weapons originating from the United States and the Colombian armed forces,” Venezuelan Vice President Delcy Rodríguez informed this Saturday, July 10, during a press conference carried out jointly with the Minister for the Interior, Carmen Meléndez, to offer a report of the security operations in Caracas.

”Today,” continued the vice president, ”we want to report on all the dimensions involved in the operation Gran Cacique Indio Guaicaipuro, which has been of great importance to preserve the tranquility and peace of the people of Caracas, especially in areas such as Cota 905.”

All the events of the past few days in Cota 905 are associated with the extremist right, she explained. ”We have captured three persons who have confessed to having received Colombian training,” informed Rodríguez. 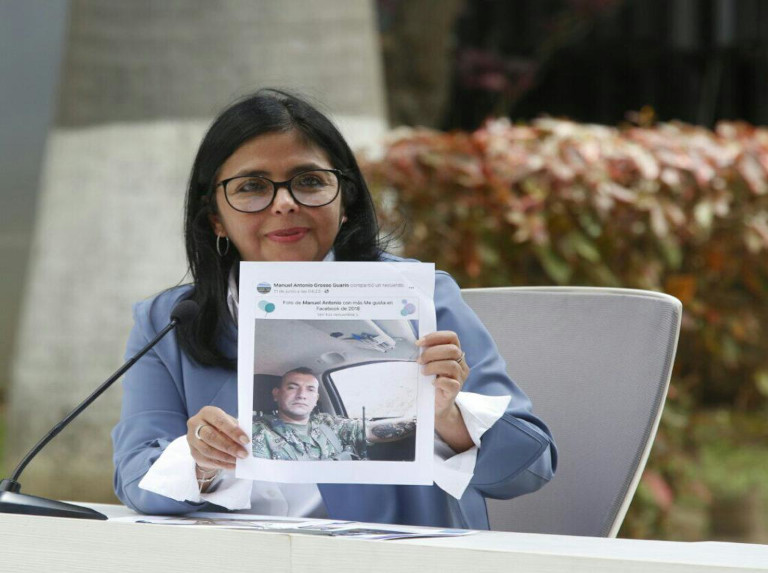 ”We cannot lose sight of the fact that Colombia, as the main producer of drugs in the world, and the United States, as the main consumer of these narcotic substances, intend to dominate the Venezuelan territory to use it as a platform and place of transit for these substances,” she added.

On July 7, in the face of violent acts carried out by armed criminal gangs in various sectors of Caracas, the government deployed an operation to protect and safeguard the residents of the capital, especially in areas like La Vega, Santa Rosalía, El Paraíso, San Juan and El Valle parishes.

”The armed groups of Cota 905 started acts of violence to sow fear among the people of Caracas, to undermine the rule of law and the institutional framework of our security organizations,” condemned the vice president. 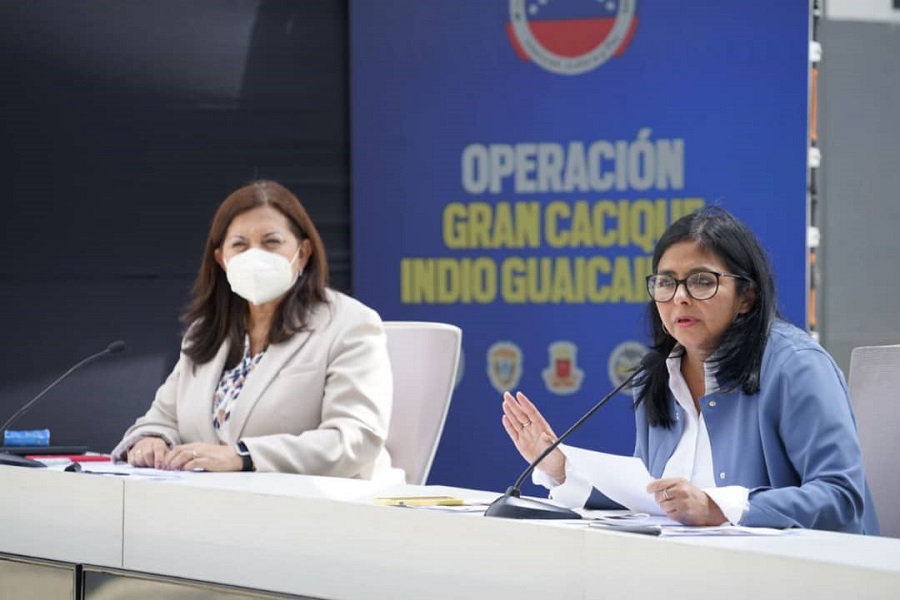 El Cementerio, El Paraíso, El Valle ”are parishes of our beloved Caracas that were affected by the violence of the armed groups, criminal groups that have sowed terror and anxiety in our people,” the vice president said.

Rodríguez emphasized that President Nicolás Maduro and the civic-military union will always defend the rule of law, the tranquility and peace of the country. ”This plan of criminal violence in urban communities of the capital has been dismantled,” she reported.

Vice President Rodríguez warned that the plan of violence, directed from Washington and with the support of Colombia, is for the purpose of destabilizing Venezuela.

Presenting a report on the security operation, Rodríguez emphasized that the aim of the criminal gangs is to exercise multiterritorial control of drug trafficking through mercenaries. ”The Colombian mercenaries participated in the destabilization of Iraq and Afghanistan; they are trained by the Colombian army,” she alerted.

“I want to contextualize the geopolitical scenario and the reality in which the armed groups carried out this violence,” stated Rodríguez. ”The first was the recent visit by the Chief of the Southern Command to Colombia.” 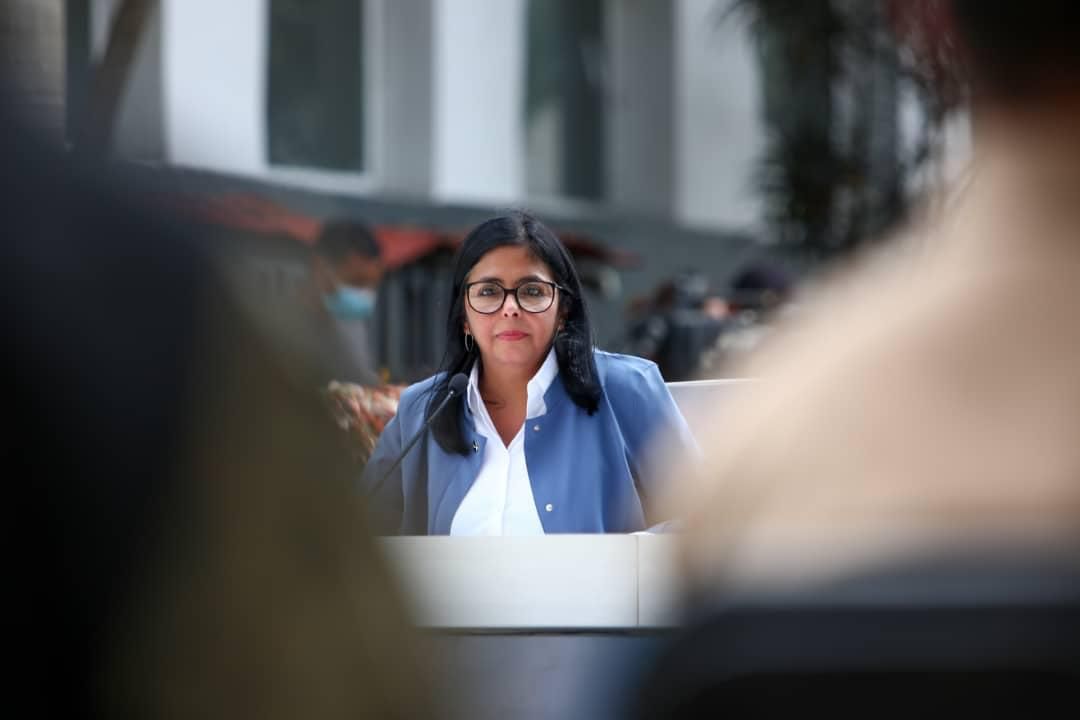 “On July 7, while we were commemorating the Battle of Carabobo, armed groups in Cota 905 exhibited weapons and started violent actions against the community,” denounced Vice President Rodríguez. ”The attacks by these criminal groups coincide with the visit of the Southern Command chief Craig Faller to Colombia, to establish coordination with elements of that country.”

She also referred to the visit of the CIA chief, William Burns, who arrived in Colombia to meet senior officials, but did not officially meet President Iván Duque. Just a few days after Burns’ visit, terrorist actions were carried out in Venezuela and also in Haiti where President Jovenel Moïse was killed by mercenaries from Colombia.

“The evidence: 26 Colombian officials, executors of this plan,” stressed Rodríguez, referring to the Colombian mercenaries implicated in the assassination of the Haitian president. ”There are reports of a contract similar to the one signed by mercenaries of Juan Guaidó for Operation Gideon, of which the US government is aware,” she added.

After his visit to Colombia, Burns went to Brazil to talk about Venezuela with Jair Bolsonaro. There were discussions about the Argentine government also in that meeting, and Vice President Rodríguez alerted about possible destabilization plans being organized against Argentina.

She added that Venezuelan Head of State, Nicolás Maduro, had alerted “our people at the end of June regarding the visit of the CIA chief to Colombia, aiming to destabilize Venezuela.”

The vice president explained that Antonino Indriago, one of the contractors who allegedly paid the assassins of Jovenel Moïse, is a collaborator of Juan Guaidó. Indriago is the owner of the security firm that hired the mercenaries who assassinated the president of Haiti, and is a simpathizer of former deputy Guaidó.

”Why are we telling this story?” She asked, and replied, “Because on July 6, there is assassination in Haiti with the participation of two Americans, 26 Colombians, some Haitians, and these links to a supporter of Juan Guaidó.”

“All confessed by them, by the opposition,” she continued. ”It is them, they confess it, they say it. Leopoldo López must be nervous now about the telephones that we have seized in Cota 905.” In Colombia (Palacio de Nariño, the presidential residence) also some people may be nervous because of the confessions of the paramilitaries captured in Venezuela along with the evidence collected, added Rodríguez.

Juan Guaidó, the vice president pointed out, has agreements with Colombian representatives with the aim of handing over Venezuelan territory to drug trafficking. It is a plan of extremism headed by Leopoldo López.

”We have been able to dismantle these armed groups, criminals, murderers who had kidnapped citizens who have already been freed in Operation Gran Cacique Indio Guaicaipuro,” she concluded. 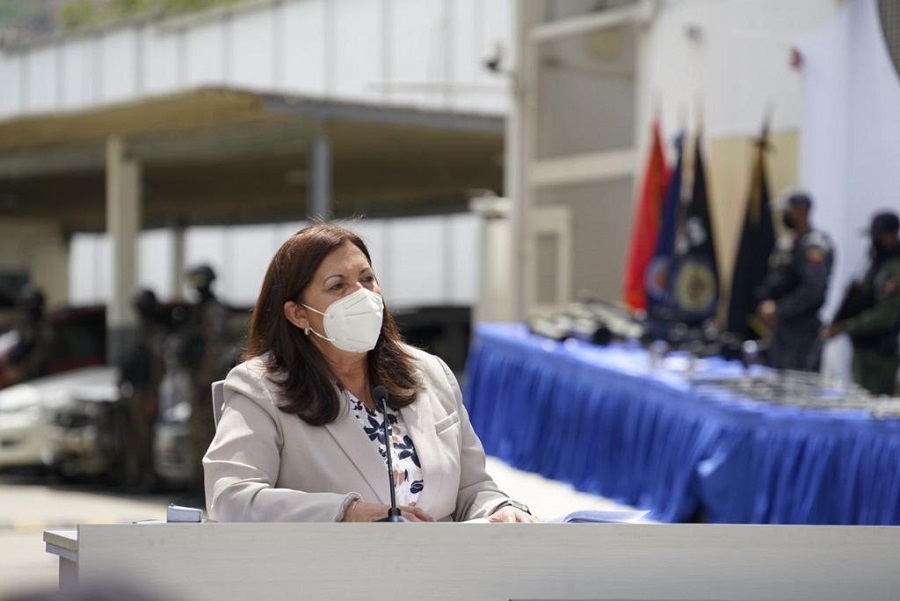 2,460 personnel deployed to protect the people
For her part, Minister for the Interior, Admiral Carmen Meléndez, stated that the administration has “deployed 2,460 personnel in this operation and also maintains a reserve, with the faithful objective of defending our people. We are going to achieve the liberation of our people in all corners, always respecting human rights.”

The minister said that this operation will remain deployed in order to protect the people. The security forces are prepared to fulfill all the objectives of bringing peace and tranquility to the people. ”We will not rest until we neutralize these groups,” she emphasized.

”We were prepared in advance, with planning, intelligence reports, organized popular power, and we entered a phase of execution, with ground and high-altitude intervention” in those sectors, added Meléndez. 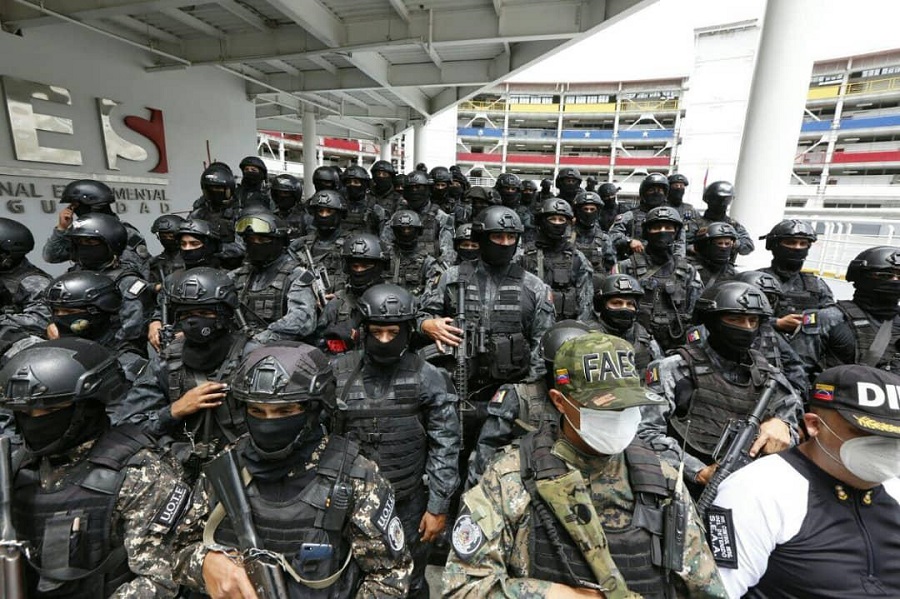 In addition, she highlighted that “our Citizens Security organizations have worked together in a well-concerted manner, protecting the people in all stages of the operation, the purpose of which is to neutralize the criminal gangs that have affected five Caracas parishes. In this sense, grassroots intelligence has been decisive.”

Meléndez affirmed that 34 security and attention posts will be maintained in the affected areas. She also presented details of the different types of weapons seized during the operation. “We have seized 2,000 .50 caliber rounds, 4,000 7.62 caliber rounds. Weapons from the United States and the Colombian Forces were also seized.” 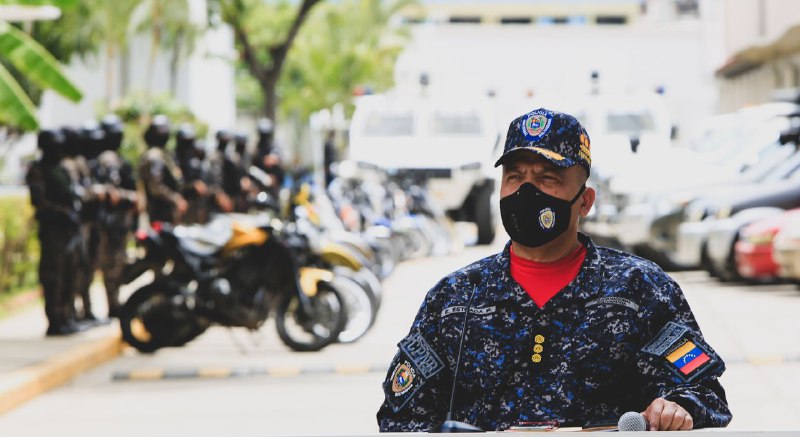 The Venezuelan security operation has been a great blow to the Colombian paramilitary in Venezuela, stressed Meléndez. ”Rest assured that we are going to capture them all to protect our people,” she added.

The minister reported that 22 criminals have been arrested, and of them 12 have been identified until now, including aliases ”El Thor” and ”El Chino.” Also, ”28 people were injured during the operation, who are receiving necessary care.”

The minister reported that a war arsenal with thousands of high-caliber cartridges, hand grenades, rocket launchers, rifles, submachine guns (similar to those used in Operation Gideon), pistols and revolvers, was seized. In addition, a clandestine laboratory for the manufacture of drugs in Cota 905 was dismantled, as well as 37 abandoned houses were found in the area.

Meléndez also informed that nine persons, including a community doctor who had been abducted by these criminal groups, have been rescued.