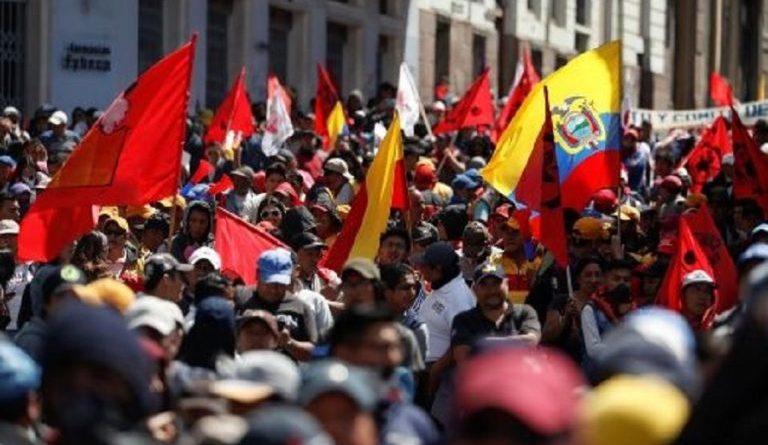 Behind the loans lies the neoliberal agenda, the interest of the financial market, and the protection of client-country elites.

If neoliberalism is the main cause of the collapse that has hit many countries since the 1990s, the IMF is the instrument used by the world’s financial elite to deepen these crises. Despite all the errors accumulated in applying its austerity recipe, the IMF refuses to admit that the formula is a blatant failure. Under the guise of helping associated countries pay off their international debts, it ends up throwing them into a maze of imbalance that sacrifices the most vulnerable populations – small business owners, workers and the poor. Seven decades after it was created, the IMF has been turned into a much worse remedy than the disease.

Latin America has been a laboratory for unsuccessful IMF experiments. This is how it is in Macri’s Argentina, this is how it is in Moreno’s Ecuador. A little earlier, in 1997, it was like that in Fernando Henrique Cardozo’s Brazil and in early 2000 in Argentina during the De La Rua government. Wherever the IMF imposes its “recipes”, the result is often misery and widespread impoverishment, insatiable political crisis, explosive social upheavals. The IMF is an artillery piece to deepen the neoliberal agenda.

It has been a destabilizing factor for democratic countries on our continent. There is no neutrality in their actions. Behind the institution’s loans lurks the neoliberal agenda, the interest of the financial market, and the protection of client-country elites. In fact, the IMF is subordinated to the strategic and geopolitical convenience of the United States.

There is no compatibility between IMF action and representative democracy. They are elitist. The democratic rule of law cannot cope with the situation in which an institution of the international financial elite makes a disastrous pact with the internal elites of the countries, transferring the confrontation of its own mistakes to the ignoble sacrificing of the population that pays the full price of the disaster.

In the last decade of the 1990s, the IMF’s “standard treatment” of South Korea, for example, made unemployment more than triple. A country that had a European-standard income, South Korea went into deep economic and social depression to the point of spawning a phenomenon that earned the nickname “IMF suicides,” when many unemployed workers desperately took their own lives. But the country that suffered the most from the IMF in Asia was Indonesia, where GDP fell 15 percent in a year and extreme poverty soared from 11 percent before the crisis to 40 – 60 percent after the “solution”.

Brazil in the late 1990s gave up its sovereignty to hand over control of economic and social policy to the IMF. FHC’s neoliberal government had broken the country, which had a foreign debt of $ 165 billion and a modest $ 37.8 billion of international reserves. The $ 41.7 billion loan from the IMF and other international institutions did not solve Brazil’s financial situation, but it imposed the old austerity formula and its aftermath. In the case of the FHC government, investment cuts, economic paralysis, damaging and corruption-prone privatizations, social program cuts and high unemployment growth.

With Lula, Brazil once again governed itself. In 2005, he made the historic decision not to renew the agreement with the IMF and fully repay the debt that FHC had not paid off. In an innovative decision, from 2009, the PT government lent money to the IMF and, for the first time, an emerging country became a creditor of the institution. By the end of my administration, we had accumulated $ 380 billion in reserves, blocking any IMF interference. Therefore, impeachment fraud and the coup were the chosen way to introduce neoliberalism.

The useless IMF formula has no borders and no continents. It is like a worldwide epidemic. In 2010, it treated Greece’s debt with an iron fist. In a short time, the country lost ¼ of its GDP, unemployment jumped to 22.5%, wages dropped by 25%, and Greece’s debt has not been fixed to this day.

In practice, the IMF never solves the crises it should mitigate. It acts as an eighteenth-century physician who prescribes bleeding for almost every disease. In short, the medicine kills the patient rather than cure it.

The current case of Argentina is emblematic: in the fourth quarter of last year, after a $ 56 billion loan, the economy declined 6.2%. Since it was no use, what did the IMF do? It demanded a new fiscal crunch and provoked the exact opposite of what it claims to mean with its “help”: it undermined the confidence of producers and the market.

Political criteria govern IMF interventions. While cutting credit to Cristina Kirchner’s government, on Macri’s arrival they immediately reinstated the financing lines, including the payment of debts with the so-called vulture funds.

The goal was clear: to support Macri and bring him to a quiet reelection this year. They found the donkeys in the water. At this point, Macri is already set to leave Casa Rosada and hand over the government to the opposition.

The newest IMF fiasco in the Latin American crisis lab is Ecuador. In this case, the fund seems disposed to everything. After two years of relentless imposition of neoliberal policies, a people who had experienced a period of great economic and social achievement with the government of Rafael Correa got tired and took to the streets. Led by thousands of indigenous people, who make up 25 percent of the country’s population, the Ecuadorian people said no to an inhuman, IMF-inspired package downloaded by Lenin Moreno’s government: subsidy cuts and a 123% increase in fuel, labor counter-reform which has extinguished historical rights, state funds dilapidation and an abrupt rise in unemployment and poverty.

The environment in Ecuador is grave, as the government’s reaction is the most brutal repression of all time. Even so, the president had to flee the capital and the people on the streets shout, one of his slogans: “We will only leave here when the IMF leaves.”

What the Citizen Revolution Movement denounces is very serious, formed by progressive party leaders of former President Rafael Correa: “Ecuador is becoming, under the auspices of the IMF and Lenin Moreno, a dictatorship that practices state terrorism.

The Citizen Revolution Movement called on the OAS Human Rights Commission to take precautionary measures to prevent irreparable damage to the life, liberty and personal integrity of the deputies, the governor of Pichincha, the province of which Quito is the capital, and the Executive Secretary. This is because the Lenin Moreno administration attempts to manipulate and falsify reality by attributing to the opposition movement the disastrous effects of its neoliberal policy and adherence to IMF prescriptions. For this reason, they arrested the governor and also the Executive Secretary, pursue former President Rafael Correa, who had to request asylum in Belgium, former Foreign Minister Ricardo Patiño, Congresswoman Gabriela Rivadeneira, and fiercely repress militants who rise up against the folly of the government and the IMF.

The OAS must take a stand and take action against the Moreno government’s harassment and repressive actions, which are a full demonstration of disrespect for human rights and the foundations of the rule of law. 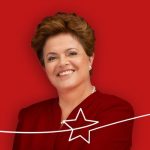 Dilma Vana Rousseff is a Brazilian economist and politician who served as the 36th president of Brazil, holding the position from 2011 until her impeachment and removal from office on 31 August 2016.

Dilma Vana Rousseff is a Brazilian economist and politician who served as the 36th president of Brazil, holding the position from 2011 until her impeachment and removal from office on 31 August 2016.