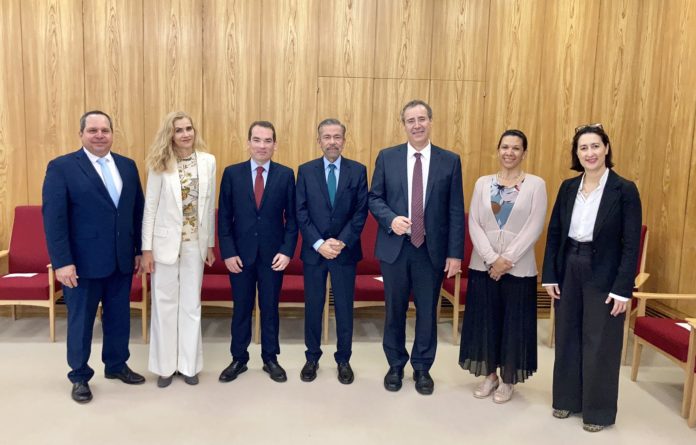 The government of Germany wants the spokespeople of the Venezuelan extreme right to engage in a ”negotiation” process with the authorities of the Bolivarian government, without clarifying the reasons behind its suggestion.

Through a post on his Twitter account, the state secretary of the German Federal Foreign Office, Miguel Berger, commented on conversations he had on this matter with Gerardo Blyde, member of the Venezuelan extreme-right opposition.

RELATED CONTENT: Venezuelan Extreme Right Does Not Rule Out Participating in 21N Mega-Elections

In his post, the German diplomat stated that he and Blyde had spoken ”about the urgency of initiating comprehensive negotiations. This process must be led by Venezuelans and must re-establish democratic institutionality and human rights.”

Trends and interests
Germany belongs to the European Union which, after treating Guaidó as the ”president” of the ”interim government” of Venezuela for the last two years, has not referred to him as ”president” on several occasions this year, particularly since Chavismo won the National Assembly election of December 2020 and assumed charge of the parliament on January 5, ending five-year opposition control.

One month after the inauguration of the new National Assembly, Berger received the fugitive from Venezuelan justice, Leopoldo López. In that meeting Berger ratified the support of his government for the Venezuelan extreme right.

Regarding the terms of the eventual negotiation or dialogue between Chavismo and factions of the Venezuelan opposition, the extreme right continues to insist on a narrative in which it demands ”fair” presidential elections. However, the guidelines for the procedure of the presidential elections are clearly explained in the Constitution of the Bolivarian Republic of Venezuela.

Meanwhile, President Nicolás Maduro Moros has emphasized the need for the opposition to recognize the legitimate government and to guarantee the return of all resources and assets stolen from the nation through the promotion of the unilateral coercive measures imposed on Venezuela by the US government.