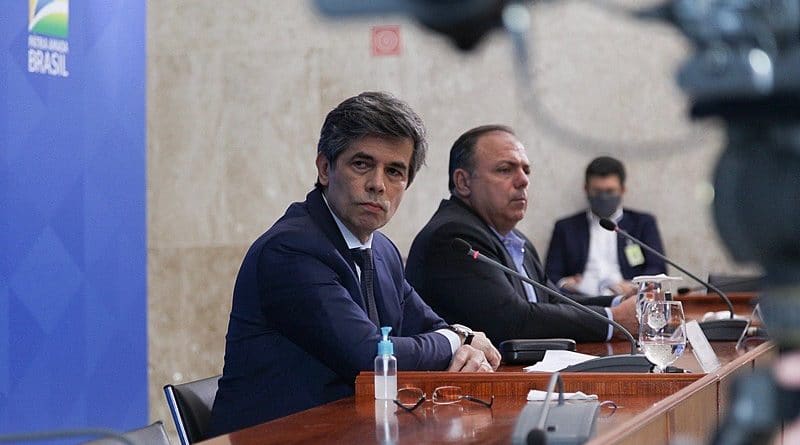 Nelson Teich, who assumed the position after Luiz Henrique Mandetta was fired, stepped down after less than a month

May 15, 2020.- Oncologist Nelson Teich asked to step down from his position as Minister of Health on Friday morning May 15, according to the government. A press conference will be held in the afternoon.

Teich took over the position as Health Minister on April 17, after Luiz Henrique Mandetta was fired from the position. In Teich’s speech when assuming the position, he affirmed that he would work to ease social isolation measures, but in a “technical and scientific” way.

As of now, the individual expected to take over the position is General Eduardo Pazuello, the current number two in the ministry.

History
While he occupied the position, Teich did very little. During this time, it seemed he was cornered by the positions publicly defended by the president and was unable to carry out any significant or effective measures to contain the spread of the virus.

His first act as minister was to name General Eduardo Pazuello to be his right hand in the ministry. The justification was the experience of the general in the command of logistical operations. Following this, there was a process of occupation of the lower-level positions in the ministry by members of the military.

During the daily press conferences, the oncologist preached that there would be an increase of tests and valuing of scientific studies to bring the economy back to minimum functioning – however, he was unable to improve the situation of the population.

Teich also attempted to impose a system to reduce social restrictions in places with lower levels of contagion, an action clearly intended to please Bolsonaro. Without the support of mayors and governors, however, once again he failed to put his ideas into practice.

When the number of daily deaths continued to rise, the minister showed his surprise on April 28, with the increase of the “curve” of infection by the coronavirus.

When Bolsonaro announced to the press that he would classify, through a decree, beauty salons, barbershops, and gyms as essential activities on May 11, Teich had a confused and surprised reaction. At this moment, he said embarrassedly that he was unaware of the measures and that the decision about them corresponded to the Minister of the Economy.

However, just like his predecessor, Teich had a divergence of opinion with President Jair Bolsonaro about the use of chloroquine medicine for the treatment of the novel coronavirus. According to people linked to the Planalto Palace (the president’s office), this was the final straw.

Brazil has quickly emerged as one of the new COVID-19 hotspots. It’s numbers far surpass other countries in Latin America and the Caribbean with 206,507 confirmed cases and 14,131 deaths. President Jair Bolsonaro’s anti-lockdown stance and insistence to downplay the severity of the pandemic has undermined efforts to combat the virus and support vulnerable populations amid locally-ordered lockdowns.