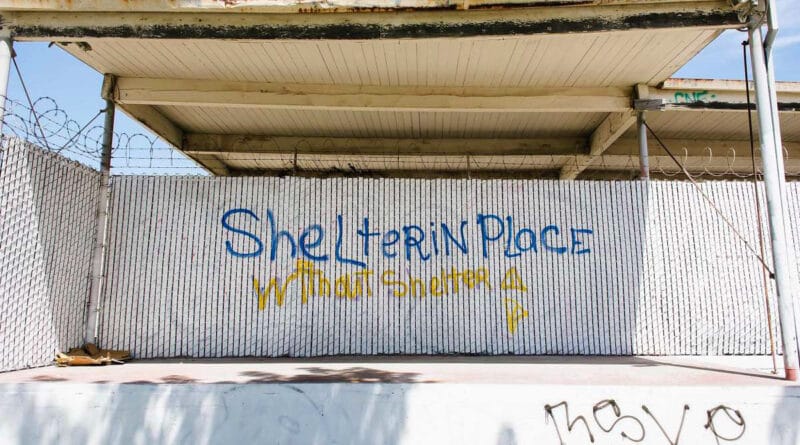 Access to tests allowing an early diagnosis for immediate implementation of isolation protocols to contain the spread of disease has been a determining factor in the levels of contagion, as well as greater or lesser exposure to the virus. It is not the same to have access without charge to the diagnostic tests, as having to pay for them. Those countries where they have given priority to health, rather than to the economy and where they have complied with a strict stay-at-home policy have not had the same results as countries where market values have been held as most important, as is the case in the U.S.The fact that the U.S. continues to head the lists, not only as the country with the most people infected with COVID-19, but also with the highest rates of incidence and mortality, should draw our attention. The U.S. is supposed to be the “most powerful and dominant super-power in military, economic, and energy terms” or at least this is what they keep telling us over and over again. One-fourth of the cases recorded in the entire world are in U.S. territory. Cuba and Venezuela come near the bottom of the list.

The possibility of getting care in a healthcare facility and of getting the indicated treatment has been the decisive factor in determining the death rate. Given that it is not a coincidence that the U.S. is among the countries with the highest rates. The health system is entirely private – those without medical insurance simply have no access to care and treatment.  Cuba is just the opposite. Dealing with the pandemic is quite different for the Amazon delivery person than for Amazon’s owner Bezos. The situation is different for part-time and casual workers than for those in the formal work economy.  It’s also not equal for those who have been able to keep their jobs compared to those who have been laid off. It is not the same for those who suffer hunger and poverty as for those who have their material needs met and ample savings as well.

In this world of great inequalities derived from an exploitative economic system, some are more exposed to the virus and have greater likelihood of becoming sick and dying, compared to others. The current inequalities that derive from the capitalist and neoliberal systems imposed by imperialism have begun to make themselves increasingly evident since the arrival of COVID-19. One year after the first case of Coronavirus SARS-Cov-2, it turns out that inequality is not only the cause of increased illness and death from COVID-19, but that it is also the result.

According to the International Chamber of Commerce, this year a world-wide GNP decrease of 4.8% is predicted.  However, this decrease will not affect everyone equally.  It is anticipated that there will be 550 million more people living in poverty in 2020, which indicates that the number of poor people in the world will increase to more than 4 billion. According to  the World Food Program, this year 12,000 people will die of hunger daily solely as a consequence of the pandemic, exceeding even the number of those who have died daily so far due to COVID-19 (4,181 people.)  At the same time, U.S. multimillionaires have increased their fortunes by 637 billion dollars.

The inequalities created by the capitalist system have been made evident by the Coronavirus; at the same time we are hearing about the need to change it. This is a discussion that the owners /possessors of large capital are organizing in the Davos Forum, even before the pandemic. They are addressing the need to re-invent capital to guarantee its survival. They are concerned, but not about the poor. Their concern is that the high levels of inequality, in which 1% of the world’s population has ownership of 80% of total production, has caused a decrease in world consumption which, in its turn, causes a decrease of production and of the accumulation of capital.

They are not proposing to change the system at all; what they are proposing is to offer a little more participation to governments so that they can then be responsible for those activities – health and education – that on the one hand increase productivity, and on the other hand also diminish inequality a little bit. Their goal is to increase consumption, production, and their earnings, but always maintaining the essence of capitalism: exploitation in the process of production and distribution by means of the bourgeois appropriation of the value of the labor of the workers.

Overcoming the capitalist system requires more than the awareness, on the part of the people, that it has failed. It requires a powerful movement of workers and campesinos guided by great leaders who are ready to engage in true class struggle, because that is what this is about.

Nonetheless, a second phenomenon that has been observed during this pandemic year is that COVID-19 has contributed to an acceleration of the decay of the U.S. empire, not only in the economic realm, but also in terms of energy and technology. It has been decadent for decades and the Coronavirus is speeding up this process.

With an un-payable external debt of 28 trillion dollars, with international reserves that do not cover even 2% of this debt and which are equivalent to barely 2 months of imports, with a deficit trade balance since the 1970s, currency falling sharply, oil reserves for only 6 years and an internal poverty rate of 40%, the U.S. is losing ground on the international scene. It confronts China, which has been making advances with a new business model, with reserves that are sufficient to cover one and one half years of imports and twice its external debt, with a trade surplus since the 1970s.  China is rolling out a digital currency that will avoid the SWIFT System, has recently signed a trade agreement in the Pacific, with even countries that are U.S. allies signing on.  At the same time, they have occupied the technological area, with 5G, and well on the way toward 6G.

A new multicentric commercial order is coming into view, with a new monetary system referenced to several currencies where gold seems once again to be the standard, and with diverse systems of offsetting payments blocking the dominance of the SWIFT System under the control of the U.S. Federal Reserve, a principal weapon used by the U.S. to pressure, threaten, and dominate other countries and impose its capitalist model.

Although at this time, in spite of the pandemic, we cannot see a true change in the exploitative means of production and distribution that characterize the world, the fact that the most genocidal empire in history may finally finish falling, along with the Containment Doctrine imposed by Truman in 1947, opens up the possibility that the people of the world may be able to establish and strengthen a more human economic system as an alternative to capitalism, with less difficulty and without threats or interference. And even though the great capitalists continue with their intent to reinvent themselves, socialism, which is a fairer and more equal economic system any way you look at it, may be able to increase its spread with fewer obstacles.

Featured image:  Shelter in place without a shelter