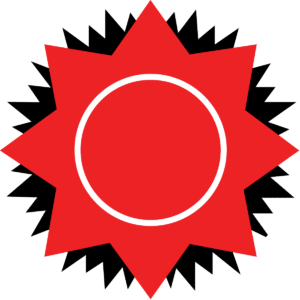 Liberation News interviewed Fathi AlFadl, Secretary for Information and member of the Central Committee of the Sudanese Communist Party (SCP) on the ongoing revolutionary process in Sudan.

What is the current situation in Sudan regarding negotiations between popular forces and the military forces? Is it possible there will be a transitional government in the near future?

As of now the two sides have failed to reach an agreement. The two main issues of contention are around the chairmanship of the presidential council, and which side will hold the majority.

This difference is a reflection of the existence of two narratives within the country and its bearing on the opposition. The main contradiction, after the removal of al-Bashir, is between two approaches: one that stresses the importance of dismantling and liquidating the old regime, and the other which is satisfied with al-Bashir’s removal, and are ready to share power with the military and the remnants of the regime.

These two narratives have been and continue to exist within the broad opposition forces. The SCP has warned against such position. This position is known as the “soft landing project,” a calculated change effort aimed at enlarging the margins of democracy in order to widen the regime social base by inviting the participation of some sections of the opposition, but keeping the country tied to the old policies of dependence that hold Sudan prey to international capital.

The stonewalling of the negotiations by the military and its intransigence towards a hand-over of power to the Alliance for Freedom and Change is based on the fact that the generals have sacrificed their leader to save their necks.

The coup was staged in coordination between local reaction and regional powers, mainly Egypt and Saudi Arabia. To outsiders the negotiations look as if they are about positions and numbers in the presidential council, but it goes much deeper than that. It is about the future of the country and which path of development it shall pursue.

Now while the stalemate continues both sides have agreed to let a joint technical committee to address the contentious points. The Alliance has announced preparations for strikes and civil disobedience. The Sudanese Professional Alliance and the SCP are alerting their members to the imminent launching [of] a general political strike and campaign for civil disobedience as the tool to wrench power from the military and open the way for the revolution to reach its goals.

What forces do you believe were behind the May 13 attacks on the protesting masses in front of the army headquarters? How did this affect the popular mobilizations? Are they still ongoing?

The class forces that stand behind, support and lead the military council are the remnants of the regime, represented by the bureaucracy of the state, the top brass of the repressive organs, the army, the police and security.

The parasitic new bourgeoisie reared by the regime’s corruptive policies and practices represents a social force depending on and representing big foreign capital. In addition, the army of those employed by the regime in leading positions within the ruling party and the auxiliary bodies attached to it, e.g. governmental trade unions, youth, students and women’s organizations, also make up the repressive forces.

The forces that planned the attacks and are thought to benefit from dispersing the sit-ins are the die-hard core of al-Bashir’s inner circle within the ruling party. However circumstantial evidence points to culprits within the Rapid Support Forces and the shadow militias of the Islamic groups.

Despite the condemnation by the military no one was detained or brought to justice. This suggests that the attack was perpetuated with the tacit support of certain elements within the military.

The mass protest actions, as ever, are continuing via the daily sit-ins and occupations in the capital and the major cities, in particular those in front of the army headquarters.

On Thursday, May 23rd a huge mass rally was organised in the square in front of the army HQ in Khartoum. It took place under the slogan of the second stage of the uprising: “Freedom, Peace, justice, and the civil rule is the people’s choice.”

The main demands are: the immediate surrender of power to the Alliance for Freedom and Change, and accountability to all who committed crimes against the people.

After nearly six months of continuous street demonstrations, sit-ins, strikes and other mass actions, we can safely say the mass protest movement not only has maintained its vigor, but has grown in width, broad clarity of vision and determination to reach it is goal: All power to people’s representatives.

What class forces are at play within the revolutionary camp? What is the relationship between the Sudanese Communist Party and the Sudanese Professional Association as well as the “Nidaa Sudan” forces?

At the same time the SCP is actively engaged in strengthening its combative cooperation with the radical groups in the Forces of National Consensus and the Sudanese Professional Alliance. The SCP give considerable importance to the building, maintenance and promotion of the broad front of all the forces that agree with the Charter of the Freedom and Change Alliance.

The SCP cooperates with Nidaa Sudan within the national Alliance. It must be said that this organization is composed of various groups which represent different interests, which sometimes may not coincide with the SCP concepts.

The SCP maintains very close cooperation with the Sudanese Professional Alliance. In fact a number of the SCP work within the SPA. Also, as a party active in the field of trade union movements, the SCP attaches considerable attention to the activities and work of the SPA.

What is the relationship of the protest movement to various armed conflicts internal to Sudan? How does the Communist Party understand and characterize these armed movements?

One of the basic demands of the protest movement is to end the war in Darfur and recognize the legitimate rights of the people of Darfur. In fact the peoples of Western Sudan, Darfur, Kordufan and the Blue Nile were and are still in the forefront of the struggle against the regime. Members and supporters of all the armed groups form an integral part of the mass protest movement. The solution to the problems of national minorities, especially Darfur, will be duly discussed during the constitutional conference planned at the end of the transitional period.

The SCP made contributions to the program adopted by the Alliance as the alternative policies to confront, tackle and solve the problems resulting from the 30 years of bankrupt policies adopted by al-Bashir governments. The SCP also played a considerable role in elaborating an emergency plan to deal the most urgent tasks during the transitional period.

Like other parties and organizations, the SCP has nominated its candidates for the transitional government who may or may not be members of the SCP, but capable and able cadres who can shoulder the responsibility to save and rebuild the country.

The SCP will be represented at the legislative council that will oversee and supervise the government performance.

In no way does the SCP claim a leading role [in a potential future government], or demand special treatment for its contribution to the uprising. Like other forces the SCP played its role and shouldered its responsibility. Today the SCP is proud to note that role is recognized by the masses and reflected by the influx of young people demanding to join the party.

The SCP’s main aim is to continue the fight ‘til final victory; to dismantle and liquidate the dictatorial regime thus creating the basis for the completion of the tasks of the national democratic revolution and paving the way for the building of socialism in Sudan.

What can progressive forces around the world do to support your struggle?

Time and again the SCP has called for the intensification of international solidarity.The SCP is proud to note the growing solidarity with the struggle of our people. Suffice it to mention that international solidarity has contributed in the past to tie the hands of the criminals, to achieve the release of political detainees and to force some governments especially in the EU to change position and to support our struggle.

Today more than ever, the solidarity with and support to the struggle of the Sudanese people to gain their rights, to establish their independent civilian governing bodies and to develop along the path of the rule of law, and the protection and promotion of democratic rights and liberties as well as peace and social justice assumes special importance.

As stated earlier the second stage [of the struggle] is to wrench the power from the hands of the military. That is where the revolution will win or lose. So, pressure on governments in Europe, USA, Canada, The UN, the EU, and the African Union in that direction will help.

Spreading information on the daily struggles of the Sudanese people among sectors of the population who can influence public opinion is another major demand.