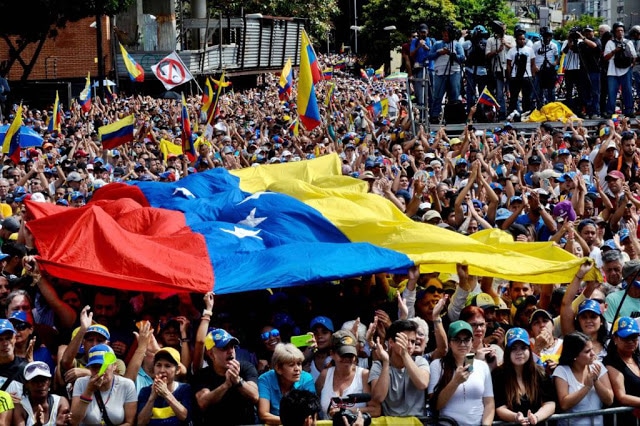 Key questions: Is Chavismo being split? Where is Carlos Lanz? How serious is the impact of Covid-19 in Venezuela?

This note will be dedicated to providing answers to these questions, currently in debate among Venezuelans. The first is related to the electoral situation, where among other events, there is an intense public debate on the definition of the candidacies from Chavismo. The second question refers to the disappearance of a historical militant of the Venezuelan left, calling for a collective search throughout the national territory. In the third instance, a brief balance of what the pandemic means for the Venezuelan people so far. We finish with some brief notes.

Where is Carlos Lanz?
This is the question that in Venezuela various political and social organizations, as well as among militants, has been formulated daily for almost two weeks. On the social network Twitter, it has been made a trending topic (locally) in the hours of highest user traffic, on several occasions. And on various streets you begin to see murals asking this question. The objective: to intensify the search and locating this comrade.

From the family, his son Alex Lanz is the one who has become the official spokesman. According to his account, Carlos Lanz left his home on August 8 and since then his whereabouts are unknown. The Attorney General of the republic, Tarek W. Saab, declared a little over a week ago that intelligence tasks are underway, in the charge of specialized teams of the police forces. The spokesperson for the Lanz family has said that members of the high government have contacted him and informed him of the proceedings in relation to the search, however, to date there is no official public statement from the Bolivarian government.

Carlos Lanz is a revolutionary militant, very active in political participation since the sixties. He is a sociologist and brother of Rigoberto Lanz, one of the Venezuelan intellectuals of the left of obligatory reference, for the understanding of the country. In his political career he has contributed to popular organizing and to Venezuelan and Latin American critical thought, in particular he has systematically reflected on the new forms of aggression that are experienced in Venezuela. In the Bolivarian revolution, he has participated in a major part of educational reform since the constitutional process of 1999 and in the experience of “Workers Control” in Alcasa, which is part of the companies located in the iron zone, in the south of the country.

In various forums, multiple hypotheses have been proposed, without any having a material basis. His family declares that they presume it is a “kidnapping for political reasons.” Unfortunately, for every day he is not found, the chances of finding him alive decreases.

Is Chavismo being split?
In recent weeks among Chavistas there have been at least two key debates, the first of them on wages, connected to the material needs of population and on which there are opposing arguments supported by relevant figures from politics and academia, in addition to the reflections that have been given from the union organizations. The second debate is about revolutionary unity in the face of the parliamentary elections, where an intense dynamic is observed from the United Socialist Party of Venezuela to consolidate a formula that accounts for its hegemony in the Bolivarian revolution and other small organizations, which claim their autonomy and are articulated in what they have called the Popular Revolutionary Alternative.

Many observers believe that it is the expression of the rupture of Chavismo, their “desired” implosion, which would be the beginning of the end of the Bolivarian revolution. It seems to me that this, more than observations, are unfulfilled wishes of a right wing frustrated by its continuous mistakes.

When observing Chavismo, it is necessary to take into account other historical experiences of the mobilization of the people in Latin America. In particular Argentina and the evolution of Peronism. Why this experience in particular? Because it has in common with the Venezuelan one that it was headed by a charismatic leadership which left organizational structures in the background, such as those that maintain the Nicaraguan and Cuban revolutions. When the leader who manages the tensions in the process and builds an order perishes, the actors begin a dispute to impose their perspective and ensure that it predominates in the orientation of the revolution, and for this they resort differently to the resources available to them, in some cases unscrupulous.

The political actors who dispute the correlation of power, will display loyalty to the leader (Chavez) and will use his ideas to legitimize their proposals and will find fertile ground, because in the political and discursive evolution of the leader, they will find phrases or reflections that can present opposing positions on an issue. To take an example, a Chavista today can argue that what is viable is a third way and will find Chávez’s political reflections that prove him right, although the commander evolved politically towards a very different approach and declares himself a socialist. Whoever promotes workers’ control will find a speech by Chávez that legitimizes his position and a contrary one where he praises private enterprise.

For a long time within Chavismo there has been a reconfiguration of the project in the revolution. This reconfiguration is taking place in a scenario of aggression against the country, for the majority embracing a revolution. In this sense, we can verify that this reconfiguration is taking place in a political sector of Chavismo, which is at the helm and is excluding some historical political actors, but not the majority. And in this context I place the recent words of President Maduro, who demands that he be questioned directly and who takes responsibility for current decisions, as a way to respond to internal criticism. I think it is one of the few times where divergent positions are highlighted and Maduro assumes responsibility himself as a leader who listens to questions, but keeps his position.

Now, what implications does this have for the future? It is likely that the result will be a Chavismo that does not resemble the original, without qualifying it in a binary way: good or bad. A Chavismo that has multiple expressions and that these will dispute the control of the leadership. A Chavismo where you can observe behaviors that are questioned by their opponents on the right, used to resolve the conflict. Someone may then question the monolithic character of Chavismo and may be partially right, since we can say that there are aspects that are defended by all the Chavistas without a doubt, such as the anti-imperialist character of the revolution or the defense of sovereignty, while there are divergences in the definition of the economic framework.

In any case, what we are observing today are tensions that have been there for long time and that express themselves in the midst of the electoral environment, then I believe that they will diminish again. In which there should be no doubts, is that in the face of US aggression and that of its allies, they do find a monolithic Chavismo.

How serious is the impact of Covid-19?
We are culminating a week of radical quarantine, within the scheme that the Bolivarian government calls 7+7, which consists of authorizing every seven days, according to the indicators of each zone, the operation of a certain number of economic activities other than the essential ones. From this period we can highlight the arrival of 230 Cuban doctors, who relieve the contingent that is in the country, in addition to the fact that in the capital area, the presence of public security personnel has increased to limit the movement of people between neighborhoods and barrios. Let us remember that Caracas accounts for the largest concentration of cases, with 48% to date.

Next, the data corresponding to this week is presented as usual, however, it should be stated before continuing that the impact of the pandemic in the health field is slight, since in relation to the region, the continent and the world, the behavior of the Venezuelan indicators show a strategy to control the containment of the virus, without denying the growth experienced in the last six weeks. In the economic field, the impacts are more important, as we remember that the Venezuelan economy suffers from a significant contraction (mainly for external reasons) and the health measures provided by the Bolivarian government have slowed down the expected recovery in some key sectors.

Making a detailed review of the official information issued by the Bolivarian government, it is found that, by August 22, 38,957 people have tested positive for Covid-19 and 73% (28,453) are already recovered and out of those we can say that most of them are asymptomatic and under medical observation, as well as that of the total infected, 82% is by community transmission. From the official figures, it can be deduced that 51% out of all the cases were diagnosed in the month of August alone.

According to the “Covid 19 Statistical Report” of the Venezuelan Center for China Studies, dated August 21, Venezuela is in the following ranges in a global perspective:

Ending note
• How do I get DIRECTV back? When I had a little time, I dedicated myself to exploring the Directv programming (after resuming operations in Venezuela), which is the system I have had for years. Channels such as Globovisión or Pdvsa TV, which the decision of AT&T, Directv’s US parent company, have taken away (due to US sanctions), are not available; or have ceased broadcasting. Also, the Russian channel Russia Today is not available.

Everything seems to indicate that a pragmatic decision has been made, to withdraw certain channels, to guarantee almost complete access to the platform. A tactic that is not at all new, because on previous occasions the Bolivarian government has restricted the broadcast of certain channels and then it is reinstated on the offer of the operators.

• In the communicational field, daily battles are fought against fake news, one of them arose in Colombia and reported that Venezuela would close border access for returning migrants. This information denied by Chancellor Arreaza, who in turn denounced the limitations imposed by the Duque government to move from Bogotá to the border as a fact. In the same vein, the US government says that there are hundreds of Venezuelans stranded in its territory, but does not authorize the state-owned Conviasa to repatriate them, while this week the Spanish government and the Venezuelan government returned almost three hundred European and Venezuelan citizens in humanitarian flights.