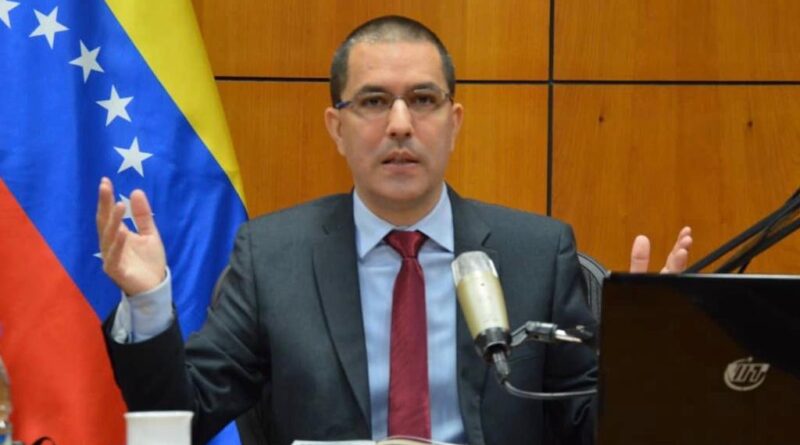 This Wednesday Venezuelan Foreign Affairs Minister, Jorge Arreaza participated in the “National Conference: Global Governance and Development” through a video-conference. During his speech he said, “We are going to new institutions. It is the moment to rethink the United Nations, it is the moment to confront unilateralism”, he stated.

He called on institutions such as the International Monetary Fund (IMF), the World Bank, the United Nations (UN), the North Atlantic Treaty Organization (NATO) to resume international aid since their actions do not respond to the needs of the peoples, “not even for peripheral capitalism, so it is necessary for other groups to emerge with a vision contrary to unilateralism,” he explained during his lecture “New instances of global governance.”

“I wish the great powers had that spirit, but they only want our resources to keep their voracious system alive,” said Chancellor Jorge Arreaza.

RELATED CONTENT: US Looting of Venezuela: These 6 Banks Have Frozen $4.6 Billion Belonging to Venezuelans (Sures)

He stressed that the people must rethink institutionality, “We must evaluate a United Nations reform that allows a virtuous offer of winning and mutual development, it is not about reaching a country and building a bridge, but that that country can develop from this infrastructure project and countries with emerging economies such as Russia, India, China and South Africa are proof of the new institutional framework.”

He added that the great powers must have that spirit of unity, of change and not continue to impose policies of resources appropriation on the peoples to sustain their voracious system.