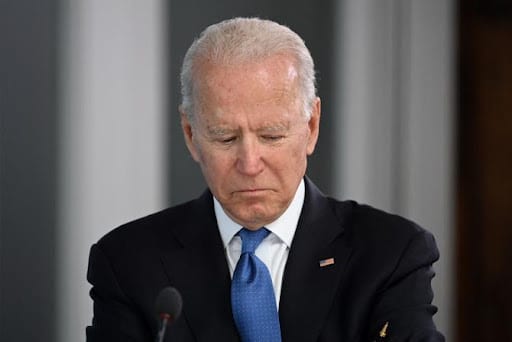 As the process of dialogue between Venezuelan government delegations and opposition factions advances, support increases for lifting illegal sanctions imposed against Venezuela by the White House and European Union, even within the centers of North American power, the United States Congress.

In support, congresspeople from the Democratic Party, the party to which President Joe Biden belongs, sent a letter formally asking the president of the United States to end unilateral coercive measures against the South American country.

The Minister of Foreign Affairs, Jorge Arreaza Montserrat, reported publication of the letter by the democratic senator Jesús “Chuy” García on Twitter. According to the senator, the letter has the support of 18 other legislators.

Furthermore, Jesús Chuy García tweeted that “our policy towards Venezuela promotes suffering, not democracy. Along with Raúl Grijalva and 17 members of Congress, I sent a letter to Secretary of State Anthony Blinken, calling on the Biden administration to lift sanctions, end the politicization of US assistance, and engage in direct diplomatic dialogue.”

The letter recognizes that Washington has promoted an internal military uprising in Venezuela as well as direct intervention by US forces. It also maintains that “the US economic sanctions enacted since 2017 have inflicted greater hardship and suffering on Venezuelans.”

Many experts do not foresee a lifting of sanctions in the near future because that is not the way the imperialist US operates regarding sanctions. However, many inside Venezuela have expectations for sanctions to end.

A Chavista political analyst told Orinoco Tribune that “Venezuelans have demonstrated that despite all the right-wing claims that Chavismo cannot defend itself against the empire without oil, Chavista Venezuela has resisted and shows signs of overcoming this aggression from the US and Europe. But, of course, many still have hope for the easing of at least the harshest sanctions, like ones on diesel, and other restrictions on PDVSA operations.”

European Union continues its blackmail
For his part, the High Representative for Foreign Affairs of the European Union, Josep Borrell, has expressed the supposed willingness of authorities of that bloc of nations to “review the sanctions” on the Bolivarian Republic of Venezuela. However, he added the condition of achieving “progress in the talks” to review the sanctions.

Given this position, Foreign Affairs Minister Arreaza also shared the position of the Bolivarian Government. In response, he described Borrel’s words as extortionary and demanded respect for the process carried out by the parties in Mexico.

Previously the US Secretary of State Anthony Blinken, Josep Borrell for the European Union, and the Canadian Chancellor, Marc Garneau, issued a joint statement in which they spoke along the same lines of supposedly welcoming the negotiations. They also added a condition that there must be “significant progress” for a review of sanctions to happen. Requiring significant progress is an imperialist euphemism for political suicide because most analysts do not see this coming from Maduro’s administration, which is currently negotiating from a position of strength.

The governments of several European countries have followed the unilateral coercive measures imposed by the White House against the Venezuelan people for four years. These actions have affected the economic development of the nation, access to medicines, raw materials, and the income that the country received from the oil sector, among others.