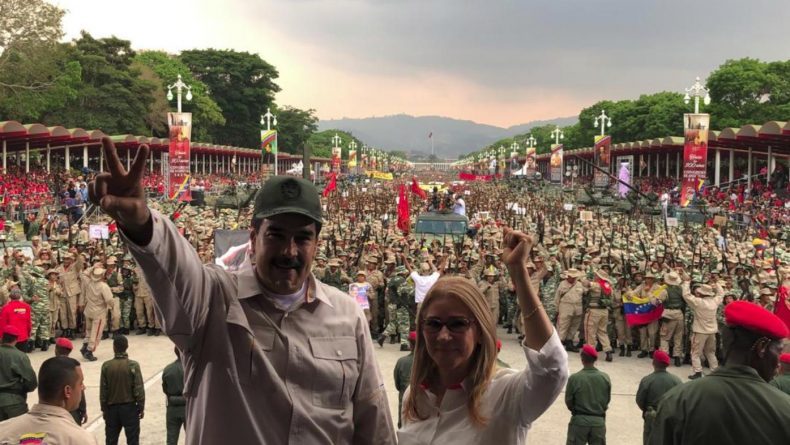 The National Bolivarian Militia Force assembled by the Venezuelan government, today is said to exceeded 2 million members according to reports on Sunday.

A 10th year anniversary ceremony was held for the establishment of Bolivarian Militia Force, which was formed by former President Hugo Chavez a few years after the Coup D’Etat that ousted him for 48 hours in 2002.

President Nicolas Maduro led the ceremony at the city center where more than 2 million representatives of National Bolivarian Militia Forces were sworn in.

In his speech at the ceremony, Maduro stated that they aim to increase the number of militia to 3 million for the end of 2019 and that the militias have an important place in maintaining peace in the country.

The Venezuelan Head of State also mentioned that soon the enlisting process will be reopened and that they already have the assault rifles the new militia men and women will need.

Pointing to the increase in the number of Bolivarian Militia Forces, Maduro stressed that the people will defend the country under all circumstances.

The ceremony was attended by a number of high-level officials, including Diosdado Cabello, the Constituent Assembly President and Defense Minister Vladimir Padrino Lopez.