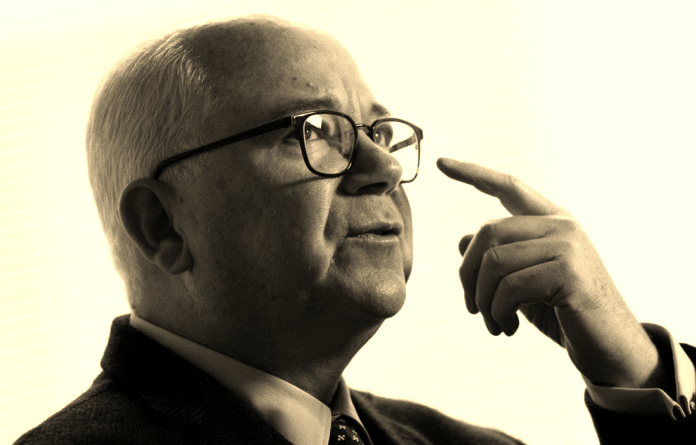 Regarding the case of the fugitive from the Venezuelan justice, Rafael Ramírez, a decision was made by the Italian courts, where the former official is residing. This was reported by the defendant’s team of defense lawyers.

According to a statement released by the lawyer Roberto de Vita, on Monday the Rome Court of Appeals published the sentence that was issued on September 14. The court rejected the extradition request filed by the government of the Bolivarian Republic of Venezuela.

Ramírez also released the document through his Twitter account, and stated that it is a final decision that cannot be appealed.

4 years have passed since proves of Ramirez multi billion dollars corruption were unveiled. 4 years protected in the US and Italy. Even MSM have shown his corruption carrier. Can anyone explain how can this happen in such civilized countries? https://t.co/LlDhHHbxv2

“The Court based its decision on the Refugee Status of Rafael Ramírez, issued by the Ministry of the Interior of the Italian Republic, that recognizes the need for his protection due to human rights violations in Venezuela,” the statement said, in a reiteration of the anti-Venezuelan narrative use by European Union countries to promote “regime” change in Venezuela.

Italy changed its course
Last July, the General Prosecutor’s Office of the Court of Appeals of Rome ruled favorably on the request for the extradition of Rafael Ramírez to Venezuela. Therefore, the new ruling constitutes a sudden turn in the procedure carried out by the Italian courts.

In fact, when considering the request made by the Venezuelan institutions, the Procurator of Rome, Luigi Giuliano, at that time formally announced they would approve the case under the charges of willful embezzlement, evasion of the bidding process, and criminal association, and that they did not see a political persecution issue in Ramirez’s case.

On July 31, the Criminal Cassation Chamber of the Supreme Court of Justice (TSJ) of Venezuela declared the request for active extradition of Ramírez admissible. To date, no formal response has been issued by the pertinent Venezuelan entities regarding the decision of the Italian Court.

The head of state, Nicolás Maduro, has not addressed the issue either, but previously he has accused Ramírez of being a “billionaire man who lives in a small palace in Italy” under the protection of the US government.

Many analysts in Venezuela question the rule of law in European Union countries, where ambitious anti-corruption campaigns are frequently advertised. Despite these claims, many individuals from the South have been protected by EU countries after facing prosecution for corruption in their own countries.